Reddy would formally join party on Nov 23 at Cong campaign rally at Medchal in presence of Sonia Gandhi and Rahul Gandhi. 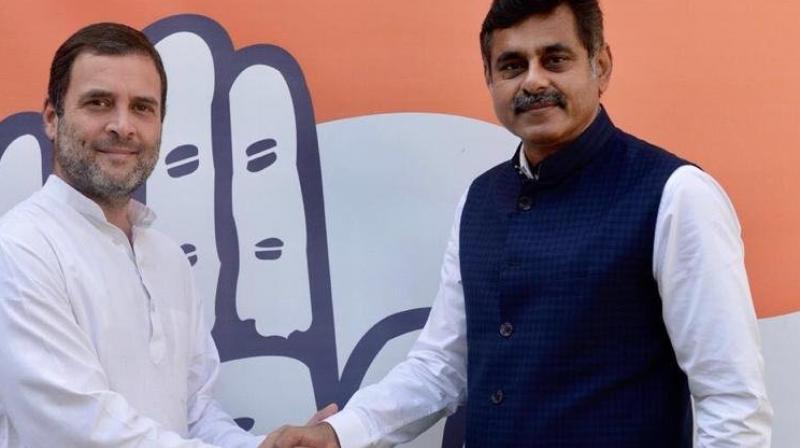 Reddy would formally join the party on November 23 at a Congress campaign rally at Medchal in the presence of former Congress President Sonia Gandhi and Rahul Gandhi, he said.

The TRS Lok Sabha member from Karimnagar, B Vinod Kumar said, "It's unfortunate that Vishveshwar took that decision (to quit TRS).

"I don't think so," Kumar, the deputy floor leader of TRS in Lok Sabha, told PTI when asked if Reddy's decision would have an impact on TRS prospects in the December seven Assembly elections in Telangana.

In a setback to the TRS ahead of the Assembly polls, Reddy had quit the party Tuesday.

In a letter to the TRS president and caretaker Chief Minister K Chandrasekhar Rao, Reddy said he was disappointed with the ruling party at various levels.

He was forced into a position of contemplating leaving the party despite the fact that today TRS enjoys significant goodwill in the "social circles that we are in," Reddy had said in his letter.

Reddy listed disappointments at five levels -- personal, injustice to karyakarthas (those) who worked for Telangana statehood, constituency, state and party -- in the letter.

He said he would resign from the Lok Sabha.

The Telangana assembly elections are scheduled to be held on December 7.