In addition with the compensation, the CM also announces the jobs for next of kin of deceased firemen. 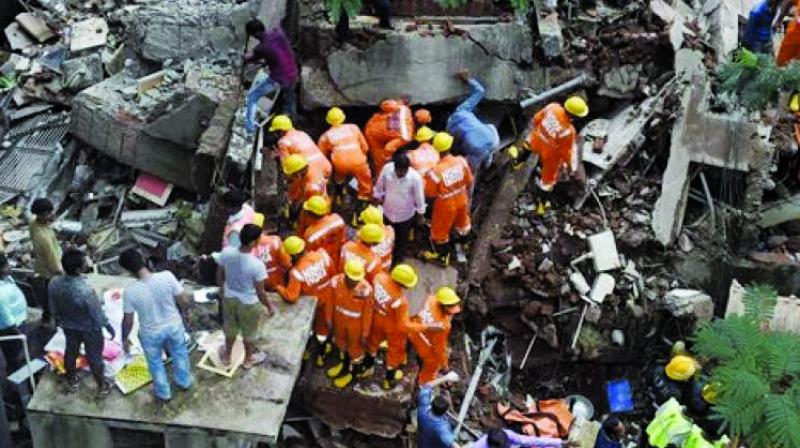 A National Disaster Response Force (NDRF) team is still carrying out the search and rescue operations at the spot. (Photo: File)

Ludhiana: Punjab Chief Minister Captain Amarinder Singh on Tuesday announced a compensation of Rs 10 lakh for the families of the people, who died after a building collapsed in Ludhiana on Monday.

"It is an unfortunate incident. I hope firemen, stuck in debris, come out alive. We have formed commission to probe the incident," the chief minister told the media.

The chief minister also announced jobs for next of kin of deceased firemen.

Ludhiana District Commissioner Pradeep also stated that till now 10 bodies have been recovered from the debris of a five-storey building, which collapsed after a fire broke out near Sufia Chowk on Monday.

A National Disaster Response Force (NDRF) team is still carrying out the search and rescue operations at the spot.

The fire broke out at around 8 am on Monday morning and 10 fire tenders were rushed to the spot. Further details are awaited.