The party threatened to raid the Mahasabha office to remove the statue forcibly if its directive was not carried out. 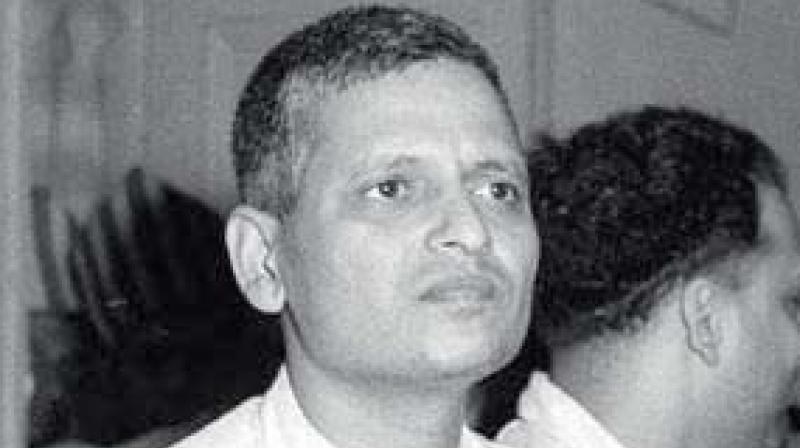 Bhopal: Making a U-turn, the Akhil Bharatiya Hindu Mahasabha on Monday denied that any temple dedicated to Nathuram Godse, who assassinated Mahatma Gandhi, has been built in the complex of its office in Gwalior in Madhya Pradesh.

The right-wing organisation made this clear in its reply to the notice, issued by the Gwalior district administration last week directing the outfit to dismantle the statue of Godse to avoid legal action.

However, the Gwalior district administration on Monday issued a second notice to the Mahasabha being dissatisfied with the reply given by the latter on the consecration of the statue of Godse in the Gwalior office of the outfit.

“We have issued second notice to the Hindu Mahasabha directing it to remove the statue from its office without any further delay,” a senior district officer told this newspaper.

Godse’s bust was unveiled in the Gwalior office of Hindu Mahasabha on November 15, coinciding with his death anniversary, after the local administration refused to allot land for building his temple in the city. Meanwhile, the Opposition Congress on Monday issued an ultimatum to the Hindu Mahasabha to remove the bust from its office within 24 hours.

The party threatened to raid the Mahasabha office to remove the statue forcibly if its directive was not carried out.

The party also issued an ultimatum to the Gwalior district administration to hit the streets over the issue if the bust was not removed from the Mahasabha office by Tuesday.