He simply said that since the EAC is the Prime Minister’s team, therefore it will report only to him and discuss all issues with him. 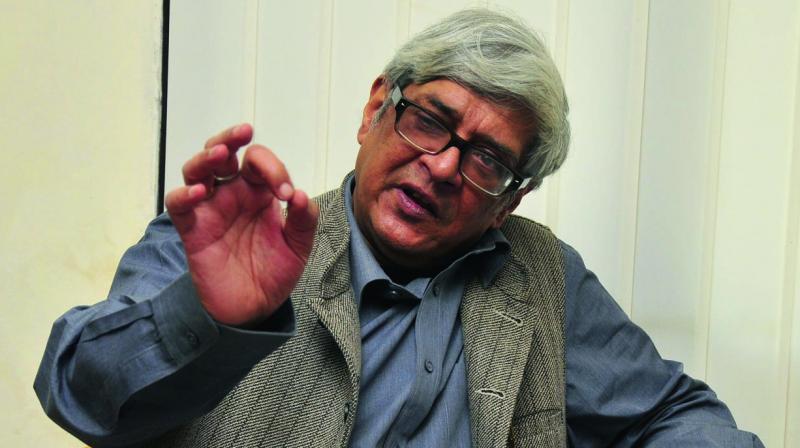 New Delhi: Arguing that demonetisation was just one of the many steps which the Narendra Modi government has taken in the past three years to cut down on corruption, Niti Aayog member Bibek Debroy in a recently penned book, which focuses on tracking black money and ways to cut down the menace, has said that passage of the benami law last year was also one such measure which has managed to effectively achieve its objective.

The book, titled On the Trail of the Black: Tracking Corruption, which he has co-authored with Kishore Arun Desai, who is an OSD at Niti Aayog, focuses on various methods to tackle corruption erupting out of the black money economy. It covers the rampant corrupt practices in various sectors like agriculture, real estate, education and even health.

In the past one year after demonetisation was announced, thousands of shell companies have been seized, Mr Debroy said. He gave an example that how around 17,000 shell companies were found to be operating from a particular post box address in Kolkata.

Similarly last year when the benami act was notified, around 400 such transactions have been detected and action taken against them. Out of these, he said, 240 cases dealt with benami properties, underlining the efficacy of the law passed by Parliament.

The economist, who is in the thick of things as far as drawing a roadmap for accelerating economic growth is concerned (in his capacity as head of EAC), remained tight-lipped about what would be the EAC’s action plan on the policy front.

He simply said that since the EAC is the Prime Minister’s team, therefore it will report only to him and discuss all issues with him.

On being asked whether any major or big reforms are on the anvil, Mr Debroy quipped that anything by the definition “big”, will remain a surprise.