UP train mishap: Over 80 injured still in hospital 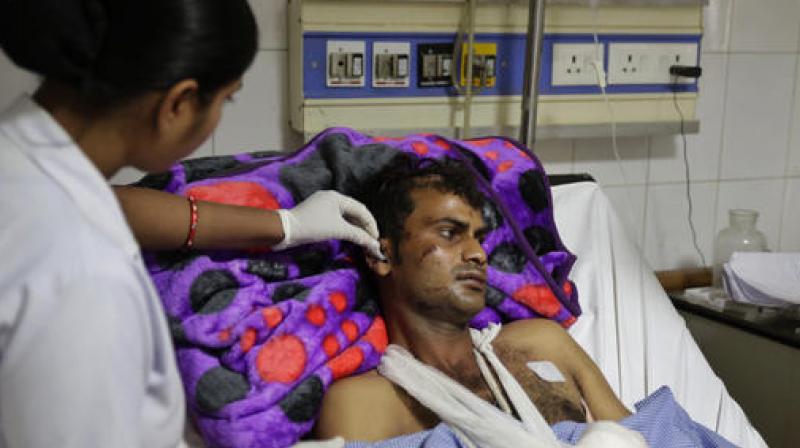 Kanpur: 83 of the 202 passengers injured in the Indore-Patna Express train derailment are now admitted in hospitals of Kanpur and neighbouring Kanpur-Rural districts while rest of them have been released, officials said on Monday.

Chief Medical Officer Kanpur Ramayan Prasad said 105 bodies have been identified and were handed over to family members after postmortem and free ambulances were provided.

24 bodies have been sent to Bihar, 25 to Madhya Pradesh and 56 in several districts of UP.

He said 202 passengers injured in Sunday's incident were admitted to different hospitals of Kanpur and Kanpur Rural districts. 73 of them who were seriously injured are undergoing treatment at government and private hospitals in Kanpur.

Similarly, 10 seriously injured patients are admitted in Mati hospital and CHC Devipur of Kanpur Rural district, he said. Rest of the injured were sent to their homes by buses and trains after treatment, he said.