India   All India  21 Nov 2016  UP: Restoration of train traffic by midnight, says Railways
India, All India

UP: Restoration of train traffic by midnight, says Railways 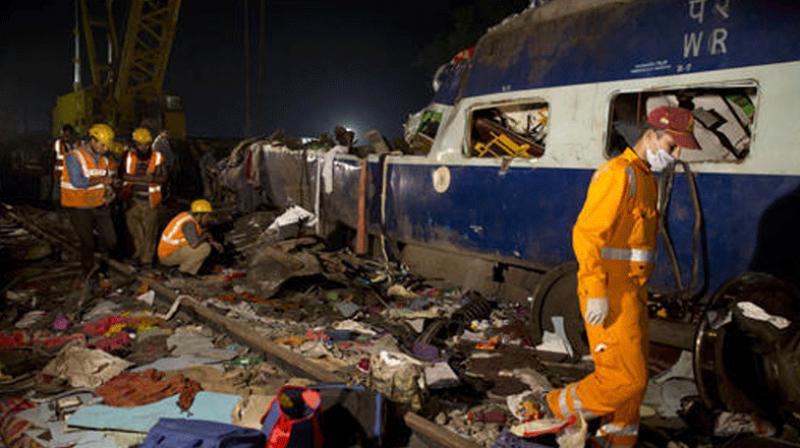 Railway officials said, those who are responsible for the incident will be punished, adding that all efforts are being taken to provide assistance to the bereaved families and other injured. (Photo: PTI)

New Delhi: A day after India witnessed one of its worst train accidents in recent years, the Indian Railways on Monday clarified that initial forecast for restoration of train traffic is late midnight on Monday and added that rescue operations are going on at war footing.

"We are repairing the track, signals and wires at site. The process of restoration is going on at war footing. Our labour and cranes are present on the site. The initial forecast of restoration of traffic is late midnight today," Ministry of Railways spokesperson Anil Saxena said.

"We had to cancel five mail and express trains, eight passenger trains and divert around 29 trains. Efforts are being done by Railways traffic department to cause minimum inconvenience so is to keep the traffic going as far as possible and feasible operationally," he added.

Saxena informed that Commissioner, Railway Safety (Eastern circle) PK Acharya will enquire the matter as he has reached the spot.

Union Railway Minister Suresh Prabhu has ordered a high level inquiry into the accident. Visiting the accident spot last evening, he asked officials to speed up the rescue and relief work.

Prabhu also visited Hallet hospital at Kanpur where the injured are being treated. Minister of state for Railways Manoj Sinha supervised the relief works.

Sinha said, those who are responsible for the incident will be punished, adding that all efforts are being taken to provide assistance to the bereaved families and other injured.

He further said the railway has already announced financial assistance of Rs 3.5 lakh each for the victim's family.

Besides Railways, Prime Minister Narendra Modi has also announced exgratia of Rs 2 lakh each for the next of kin of those killed and Rs 50,000 for those seriously injured which is over and above any other assistance.

The UP, Bihar, Madhya Pradesh state governments have also announced financial assistance to the family of victims of the accident.

The Prime Minister has asked the railways to work towards achieving the zero accident target to make train journey safe, assuring that the derailment of the Indore-Patna Express will be probed.

He made the remark at Rail Vikas Shivir at Surajkund on the outskirts of Delhi last evening where he along with Railwaymen observed two minute silence to condole the loss of lives.