The courts response came after govt failed to file its response in a case relating to the posting of rape videos WhatsApp for 11 months. 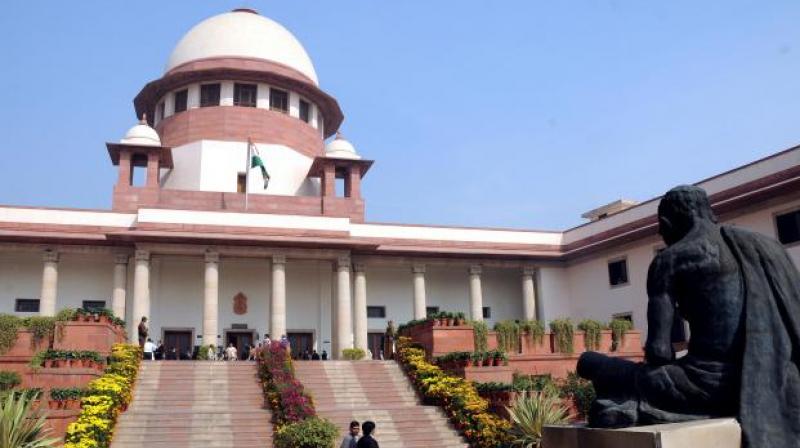 New Delhi: Supreme Court on Monday pulled up the government for failing to file its response in a case relating to the posting of rape videos on social networking sites like WhatsApp for 11 months.

"What have you done in past eleven months? You have done nothing. Don't you think it is a public interest and something needs to be done," a bench of Justices M B Lokur and U U Lalit asked after it was informed that the concerned officers of the Ministry of Home Affairs were busy in Parliament.

Advocate Bala Subramanium, appearing for Centre, sought a weeks time to file the reply and said he needed to seek instructions from the officials who were busy in Parliament. "If the concerned officials are busy in Parliament, then what are we doing here? Do you think that we are sitting here for nothing? It can't go like this," the bench said while refraining from imposing cost.

It also pulled up the government for not framing schemes to conduct probe in cyber crime cases and directed the government to file an affidavit within a week. The bench posted the matter for further hearing on Friday.

The court was hearing a letter sent to then Chief Justice of India H L Dattu by Hyderabad-based NGO Prajwala along with two rape videos in a pen drive. It had taken suo motu note of the letter on posting of these videos on 'WhatsApp' and had asked CBI to launch a probe forthwith to nab the culprits.

Earlier, the apex court had asked the Information Technology Ministry to respond on how to block videos of rape cases, circulating on social network websites, under the Protection of Children from Sexual Offences (POCSO) Act.

The ministry's reply was sought after social activist Sunitha Krishnan had submitted that there should be a particular place where one could report the circulation of such rape videos and seek their blocking.

Krishnan, the co-founder of NGO Prajwala which is engaged in rescue and rehabilitation of victims of sex trafficking, said apart from the nine complaints which CBI was probing, she had another 90 cases but there was no single authority before whom she could lodge a complaint for blocking of such videos.

The apex court had earlier sought responses of the Centre and the governments of Uttar Pradesh, West Bengal, Odisha, Delhi and Telangana.

The NGO had said that one video, which was 4.5 minutes long, showed a man raping a girl while another person was filming the heinous act.

The other video, spanning 8.5 minutes, related to the gangrape of a girl by five culprits who have been shown smiling, cracking jokes, making a video and taking photos while they went about sexually assaulting the victim, it had said.

The court had issued notices to the union ministries of Home Affairs and Information Technology and asked the MHA Secretary to "forward the pen drive/DVD" to the CBI Director "forthwith" for the investigation. It had taken cognisance of the letter referred to it by the CJI and ordered that a proper petition be filed later.

The NGO's letter had also suggested that a task force be set up to look into sexual offences and a mechanism be evolved to ensure that citizens' report such crimes in a "fearless" manner and their identity be protected.

It had mooted the idea of maintaining a National Sex Offenders' Register which should contain details of persons convicted for offences like eve-teasing, stalking, molestation and other sexual assaults.

The NGO had also suggested that the MHA should have a tie-up with 'YouTube' and 'WhatsApp' to ensure that such offensive videos are not uploaded and the culprits are punished as well.