Earlier, it used to take 12 to 14 hours to reach Delhi and now the distance will be covered in far less time, Mulayam Singh Yadav said. 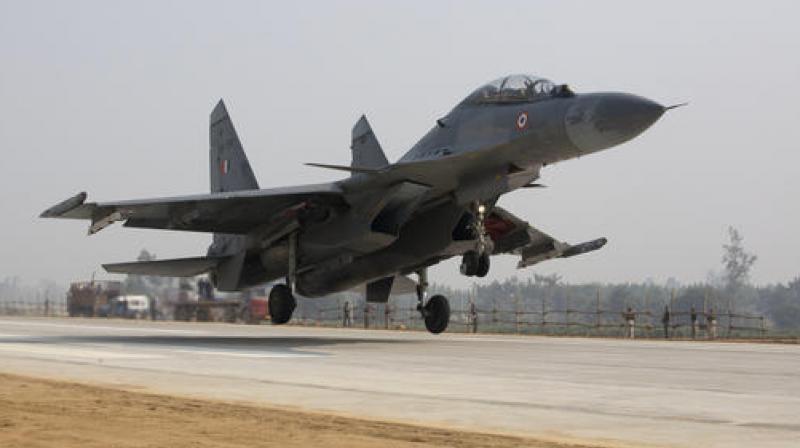 Adding to the festivities at inauguration of the project touted as an example of the developmental model of the Samajwadi Party government fighter jets of the Indian Air Force put up an impressive show and touched down on the expressway.

Inaugurating the project, Mulayam congratulated officials for completing the 302-km long six-lane expressway in a record two years time along with the chief minister who took personal interest in it.

"At the time of laying of foundation stone of the expressway, I had asked as to when it will be completed and when four years were asked for its completion I had refused to lay the foundation stone. Later, however, it was done giving 22 months for completing it. The result is before everyone to see that today the road is ready in two years," SP chief said.

The former chief minister said officials of the state have the capability to complete projects well within time. "Earlier, it used to take 12 to 14 hours to reach Delhi and now the distance will be covered in far less time. It will be very beneficial for the people," he said.

Speaking on the occasion, Akhilesh said the project would prove to be an example before the country as no other state had such a vast expressway. "Samajwadis will go to the polls on the back of such great work," he stressed.

"When roads are laid they lead to development this road will connect capitals like New Delhi to Lucknow it will have industries, petrol pumps and mandis along the route on returning to power in UP, the SP government will take this expressway further till Ghazipur and Ballia in record time, it will connect one end of the state to the other," he said.

Thanking IAF officials, Akhilesh said this is the first road in the country on which any aircraft can land and take off.

He, however, regretted that the chairman of UPEIDA Navneet Sehgal, who was associated with the project since the beginning, was not able to attend the inauguration because of an accident last week and cautioned people not to exceed driving limit of 100 km an hour on the expressway.

Attacking BJP, Akhilesh termed the party as 'chamatkari log'. "Though today it is the issue of Rs 1000 and Rs 500 notes which is dominating the scene, they can spring any other issue as they have no work to project as their achievement," he said.

Interestingly, senior party general secretary Ram Gopal Yadav who returned to the party fold last week, and state unit president of the party Shivpal Singh Yadav who had announced his expulsion, projected a united face in the ruling first family. Shivpal was also seen touching the feet of Ram Gopal on the dias.

"This road will not be used only for movement of traffic but in times of need (war times) when the enemy usually destroys airstrips, this expressway will also be used as airstrip," Ram Gopal said.

Senior minister Azam Khan and Shivpal also congratulated the chief minister and his government for the expressway.

Meanwhile, former chief minister Mayawati accused the ruling party of trying to rush the launch of the highway when even road signs had not been put up at all places.

"When I was UP Chief Minister, there were some flaws in the Noida Expressway. They said inaugurate it before polls but I refused to play with people's lives by inaugurating an incomplete expressway," she stated.