Govt allows farmers to use old notes for buying seeds

Meanwhile, RBI said that holders of current, overdraft or cash credit accounts may now withdraw up to Rs 50,000 in cash per week. 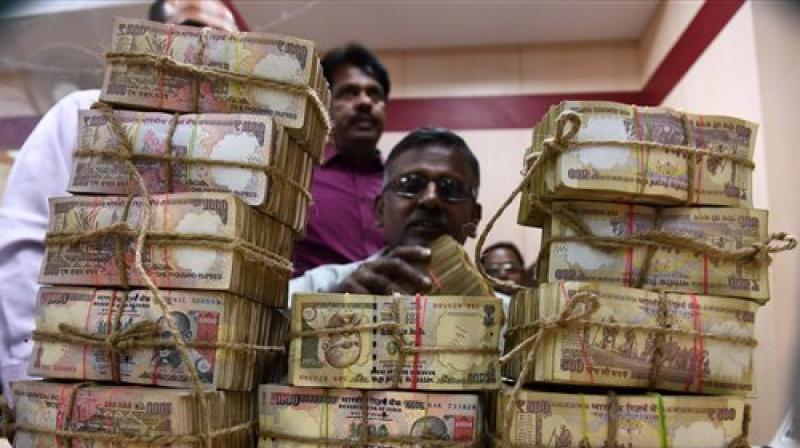 A Bank Employee counting the bundles of the received currency of old 1000 & 500 notes at a cash counter. (Photo: PTI)

New Delhi: Faced with increasing pressure from the Opposition over demonetisation, the government on Monday allowed farmers to purchase seeds from Central and State-run outlets using demonetised notes of Rs 500.

Seeds can also be purchased by farmers from PSUs, National or State Seeds Corporations, Central or State Agricultural Universities. Proof of identity will have to be shown while buying the seeds, the government said.

The decision to allow farmers to buy seeds using old notes is a reversal of the Centre’s stand. Earlier, the Finance Ministry had rejected the Agriculture Ministry’s proposal for allowing the same.

Meanwhile, the Reserve Bank of India (RBI) in a statement said that holders of current, overdraft or cash credit accounts, which have been operational for last 3 months or more, may now withdraw up to Rs 50,000 in cash per week. Such withdrawals may be disbursed predominantly in Rs 2000 denomination bank notes, it added.

However, this enhanced limit for weekly withdrawal is not applicable for personal overdraft accounts, the central bank clarified.

RBI said that the public has withdrawn about Rs 1.03 trillion from their bank accounts between November 10 and November 18, following demonetisation.

The decision to demonetise Rs 500 and Rs 1000 notes has caused massive chaos, with people lining up outside banks and ATMs. The situation has not eased even after 12 days as banks and ATMs continue to face cash crunch, despite a slew of measures announced by the government to ease problems after the decision.

More than 50 people have died so far, standing in queues as well as at banks, since November 9.