Pakistan had blocked a key regional connectivity pact during SAARC's last summit in Kathmandu besides some other initiatives. 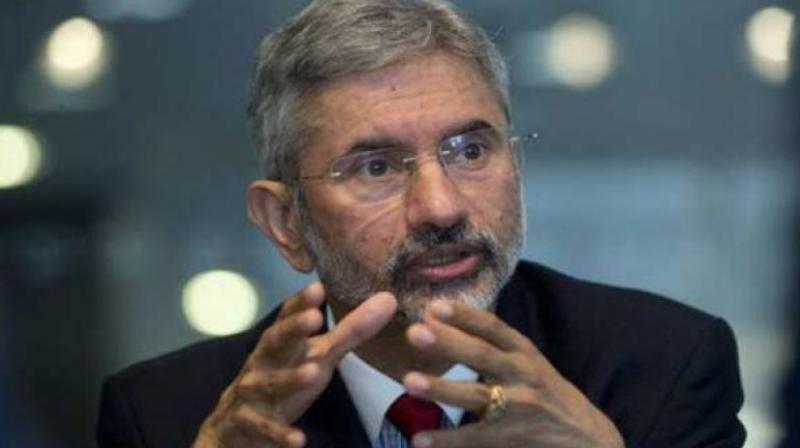 New Delhi: India on Monday slammed Pakistan's "hugely damaging" approach of "blocking" every possible regional initiative in SAARC, saying it will force countries of the region to look for other options like BIMSTEC.

Severely critical of Islamabad's approach towards SAARC, Foreign Secretary S Jaishankar, without taking Pakistan's name, said some basic standards of regional cooperation have to apply and that bulk of the member countries want to go ahead with regional initiatives.

Referring to China-Pakistan ties, he said some issues arising out of the relationship were causing concern for India, including the economic corridor Beijing was constructing through Pakistan-occupied-Kashmir.

Delivering a talk on 'India and the Great Powers: Continuity and Change', the Foreign Secretary said there was no need for involvement of any third country for resolution of issues between India and Pakistan saying it will give rise to illusion and expectations. If you have an umpire, the game loses natural balance, he said.

Touching upon a variety contemporary issues, Jaishankar, who has just returned from Washington, said it will be interesting to see how President-elect Donald Trump goes about his foreign policy, adding expecting no change will be an understatement.

On SAARC, he said India has immense interests in the grouping and improvement in connectivity and regional cooperation will help the entire region including Asia, even as he noted that the approach to block initiatives has been "hugely damaging".

Pakistan had blocked a key regional connectivity pact during SAARC's last summit in Kathmandu besides some other initiatives.

Replying to a question on involvement of "great powers" on Indo-Pak issues, he said their involvement was visible during 1965 war, in 1962-63 and there was history of some influence even in 1971, while insisting that such involvement was not helpful.

"It has not been helpful because it gives rise to expectations and illusions that are not sustained by objective facts on the ground. So if you have to play and if you have an umpire who is constantly interfering, the game does not take its natural course.

"And when a game does not take its natural course, I think you end up with problems which then fester and increasingly become hard to resolve," the Foreign Secretary said.

He said India's "allergy" to involvement of any great power in India-Pakistan relations is well known.

On Trump's victory, he said    there will be change in the terms of engagement between the US and the world which has been characterised in different ways including during his campaigning.

Jaishankar said it would be interesting to see whether the US under Trump will enhance its regional military capacities and address many of the challenges with stronger resolve and how he approaches regional economic mechanisms including issues relating to TTP.

The Foreign Secretary said that regional and global landscape was changing fast and that there has been a situation where "every variable is in a flux".

The top diplomat talked about the fluidity, the uncertainty and the possibilities and added the interplay between Russia and China will be interesting as it had a profound impact on Asia.

He also spoke about concerns on Islamic radicalisation and rise of ISIS.

The Foreign Secretary talked on a range of global issues including China's growing power pulls and pressures on Russia, the "less tight" Western unity than before and challenges facing the Middle East including from ISIS and radicalisation.

Delving on maritime security, he said India's power in this sphere has grown, observing India will have greater activity in maritime space in the future.

The Foreign Secretary said India was ready to cooperate in any regional connectivity projects including in those backed by China and referred to Bangladesh-China-India- Myanmar (BCIM) project.