India   All India  21 Oct 2019  Kerala doctor to be probed for saying St Thresia cured a boy
India, All India

Thresia was made a Saint at a ceremony in the Vatican on October 13. 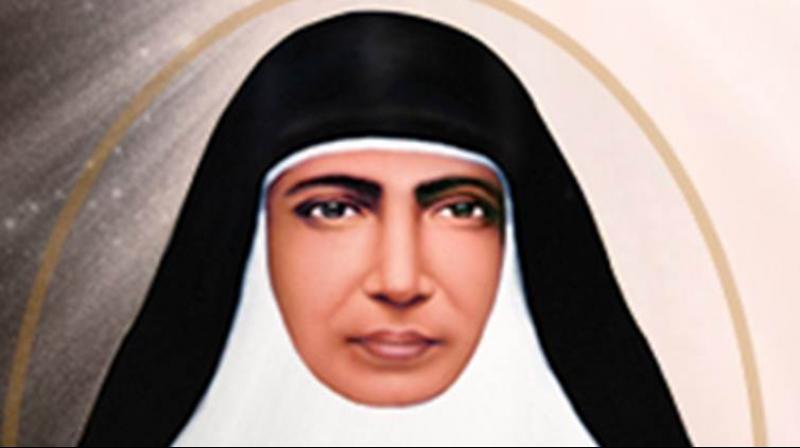 The doctor gave testimony in 2009 to a Catholic Church tribunal in which he said the infant survived after a relic of Mariam Thresia was placed by his side. (Photo: File)

Thiruvananthapuram: The Kerala branch of the Indian Medical Association (IMA) has initiated a probe against a doctor, who claimed that a newborn under his treatment was cured of acute respiratory issues due to the intervention of Saint Mariam Thresia.

The doctor gave testimony in 2009 to a Catholic Church tribunal in which he said the infant survived after a relic of Mariam Thresia was placed by his side.

Thresia was made a Saint at a ceremony in the Vatican on October 13.

An ethics committee of the IMA was constituted to probe the claims of Dr V K Sreenivasan, a senior pediatrician at the Amala Institute of Medical Sciences, Thrissur.

The testimony stated that the child Christopher was born on April 7, 2009 prematurely and was diagnosed with acute respiratory trouble. He was admitted to Amala Hospital where the he was under Sreenivasan's observation.

The doctor later informed the parents that the survival chances of the baby were  low, following which, parents placed a relic of Mariam Thresia at his bed in the evening of August 9. The next day, the baby was found breathing normally.

At a tribunal formed by the Church, Shreenivasn had testified that the child survived because of the miracle rather than medical treatment.

IMA state general secretary Dr Sulphi N said a doctor should not have used his professional title to promote an unscientific phenomenon.

“IMA, which is campaigning against unscientific methods of treatment, cannot agree with the act of the doctor. IMA is not against any religion or religious belief. Even the doctor who had certified it can believe it, or not. But when he uses the title of a doctor to testify, there should be scientific evidence. If his explanation is not satisfactory, we can refer the matter to the ethics committee of Travancore-Cochin Medical Council for further action,” he said.

He further said the doctor should have backed his statement with some evidence to the act of acknowledging an unscientific method would raise questions on the credibility of the medical professional and modern medicine, The Indian Express reported.

Sreenivasan, who recently returned from St Thresia’s canonisation ceremony at the Vatican, has refused to comment on the matter and the Catholic Church has distanced itself from the case.

“The Church does not want to intervene in the issue. Let the doctor who has given the testimonial defend himself before the IMA,” said Syro-Malabar Church spokesman Fr Abraham Kavilpurayidam.

On October 13, a mass was held at St Joseph's Cathedral Church to celebrate the canonisation of Mother Mariam Thresia.

Pope Francis declared Mariam Thresia, who founded the Congregation of Sisters of the Holy Family, a saint at a ceremony St Peter's Basilica in the Vatican.