The leader was stabbed and shot dead at his residence in Lucknow on Friday. 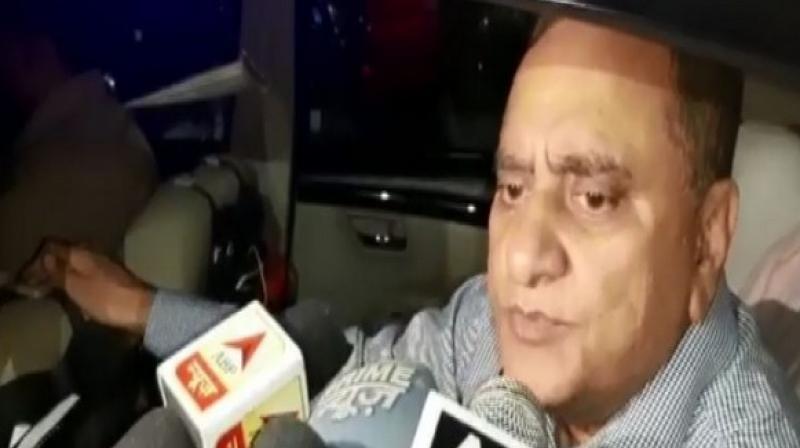 On Monday, the UP Police brought three other accused in the case to Lucknow from Gujarat after a court in Ahmedabad granted 72-hour transit remand to the police on Sunday.

On Saturday, Maulana Mohsin Sheikh (24), Khurshid Ahmed Pathan (23) and Faizan (21) -- three accused -- were arrested from Surat by a joint team of the Gujarat Police and the Uttar Pradesh Police for allegedly murdering Tiwari.

In Lucknow, the accused will be presented in the court or at the house of a duty magistrate or judge.

"We are regularly interrogating the Maulanas of Bijnaur. The connections of the murder of Kamlesh Tiwari lie both inside and outside Uttar Pradesh, but we are not denying any angle at this moment," Singh told reporters here.

Speaking about the modus operandi of the police department Singh added, "The police is working the case very minutely and is leaving no possible angle in the course of the investigation. Be it Maharashtra, Gujarat, Haryana, Ambala or UP angle, we are leaving nothing to chance and are in touch with heads of police departments of all states," Singh told reporters here.

The UP DGP also said that the department had contacted DGPs of Karnataka, Maharashtra and Gujarat on Sunday in connection with the ongoing investigation in the case.

Earlier, the Gujarat Anti Terrorist Squad (ATS) probing the Kamlesh Tiwari murder case had found that one of the key suspects involved in the murder case created a fake identity to befriend the deceased Hindu Samaj Party leader through social media.