DGP Singh had said that the shooting of Tiwari was 'purely a criminal activity conducted by two people'. 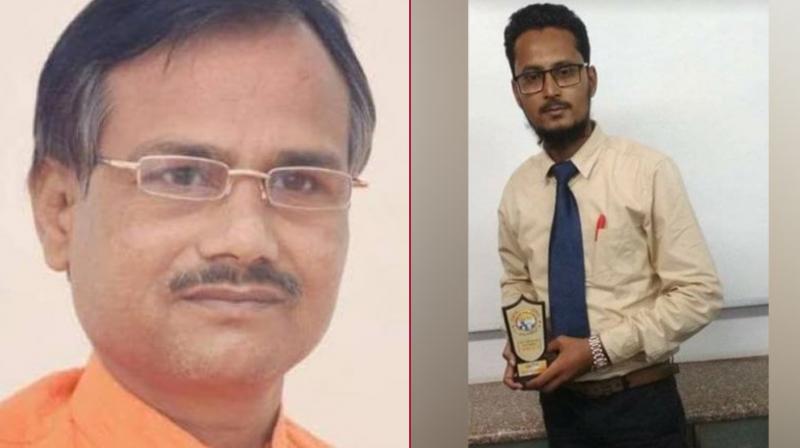 Surat: Gujarat Anti Terrorist Squad (ATS) probing the Kamlesh Tiwari murder case has found that one of the key suspects involved in the murder case has created a fake identity to befriend the deceased Hindu Samaj Party leader through social media.

Earlier, Uttar Pradesh Director General of Police OP Singh had also stated that accused knew Tiwari as they spent around 30 minutes with him on the pretext of gifting him sweets.

DGP Singh had said that the shooting of Tiwari was "purely a criminal activity conducted by two people".

Maulana Mohsin Sheikh (24), Khurshid Ahmed Pathan (23) and Faizan (21) -- three accused - have been arrested from Surat by a joint team of the Gujarat Police and the Uttar Pradesh Police in the case. Later, an Ahmedabad court granted 72-hour transit remand to three accused in the murder case of Kamlesh Tiwari.

He was a former leader of Hindu Mahasabha. A Special Investigation Team (SIT) has been constituted to investigate his murder. According to the police, the accused killed Tiwari for his objectionable comments made by him in a speech in 2015.