Congress leader Rahul Gandhi shared the video of Singh on his Twitter. 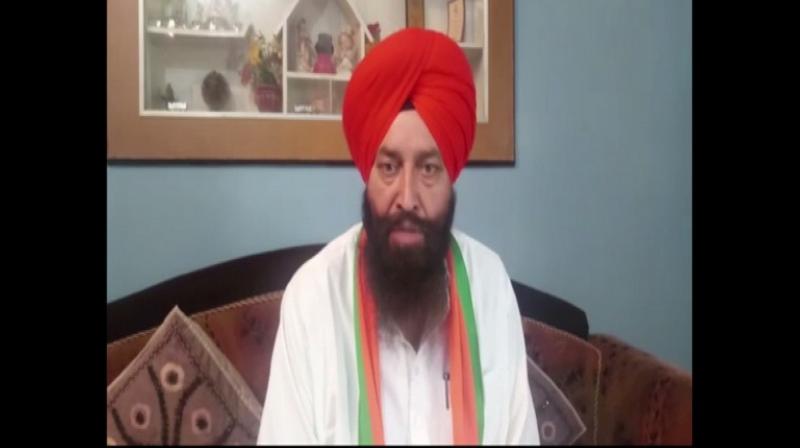 'I respect the Election Commission. It is a fake video and has been doctored,' Singh said. (Photo: ANI)

Karnal: Bharatiya Janata Party (BJP) MLA from Assandh, Bakshish Singh said that a 'fake' and 'doctored' video of him has gone viral, in which he allegedly said 'every vote on EVM will go for BJP'.

"I respect the Election Commission. It is a fake video and has been doctored," Singh said.

Speaking on the matter, Haryana Chief Electoral Officer, Anurag Agarwal said, "A show-cause notice was issued to the candidate, he replied saying, 'video was edited'. Matter is being investigated."

In the video, Singh purportedly said that people can press any button, their vote will go to BJP only.

"The most honest man in the BJP," Rahul wrote alongside the video.

A statement from the Election Commission on Sunday stated that the electoral body has appointed Vinod Zutshi, former Deputy Election Commissioner ECI and Secretary Tourism, as Special Observer for the ensuing Elections to Assandh Assembly constituency of Karnal district in Haryana in light of the video circulating in social media.

"Zutshi has been requested to proceed immediately to the Constituency to take necessary corrective action and ensure free, fair and peaceful election," EC stated.

Voting is currently underway at 90 Assembly seats in Haryana. The counting of votes will take place on October 24.