Navjot Kaur Sidhu was the chief guest at the event. 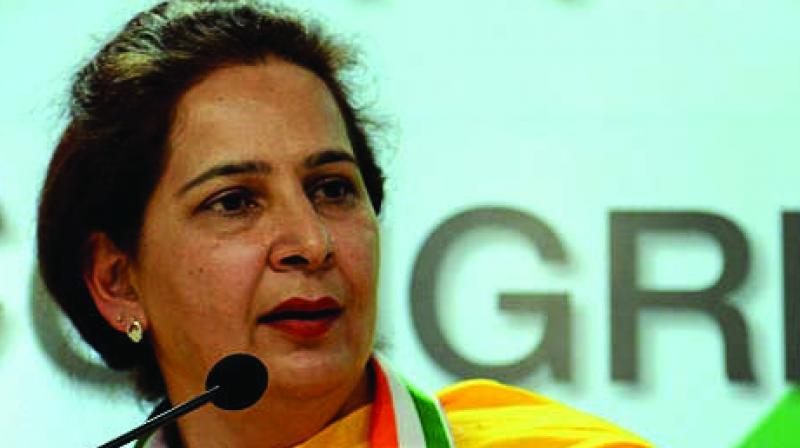 Amritsar: A tragic train accident in which over 60 people died became a political blame game with the Opposition holding Punjab’s Congress government responsible for allowing a Dussehra event near railway tracks and accusing ex-MLA Navjot Kaur Sidhu of running away from the site.

Ms Sidhu, wife of Punjab minister Navjot Singh Sidhu who was the chief guest at the event, later talked to media at a hospital where injured were taken and said the incident after she had left. “The effigy of Ravana was burnt and I had just left the site when the incident happened. Priority should be to get the injured treated,” she said. She also asked people to refrain from politicising the tragedy.

Union minister and Akali Dal leader Harsimrat Kaur Badal said the entire onus was on the state government. BJP leader and Union finance minister Arun Jaitley said the initial reports suggest it was a tragedy that could have been avoided.

Another Akali leader Bikram Majithia said he was distressed to hear the unfortunate news of the train accident. “The authorities concerned must be held accountable for the ill-fated accident & strict action must be taken against the guilty police officers and organisers,” he said.