An organiser boasted before Navjot Kaur Sidhu that over 5,000 people were standing on train tracks to witness function. 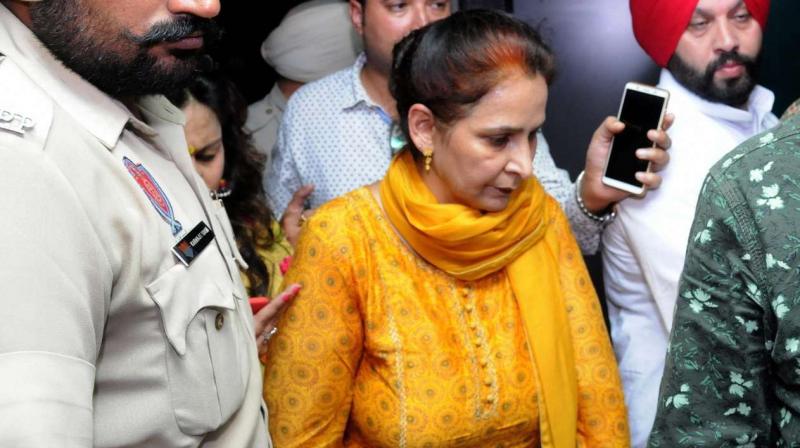 Navjot Kaur Sidhu said Punjab CM Amarinder Singh had ordered a magisterial probe and after four weeks, it would be known who was at fault. (Photo: PTI)

Amritsar: Just before the train accident in Amritsar, an organiser of the Dussehra event had boasted on stage before former MLA Navjot Kaur Sidhu that over 5,000 people were standing on train tracks to witness the function, according to a purported video which has gone viral.

"Madam (Navjot Kaur Sidhu), look here. They (people) do not care about the railway tracks even as 500 trains pass by. Over 5,000 people are standing on the railway track at this moment," a man is heard saying in the microphone on the stage.

At least 61 people were killed on Friday evening when a train ran over a crowd of Dussehra revellers that had spilled onto railway tracks while watching the burning of Ravana and other effigies near Joda Phatak in Amritsar.

When Sidhu, who was the chief guest at the event, was asked about the presence of the large crowd on the tracks, she said several announcements were made from the stage, asking them to move to the Dhobi Ghat ground where the traditional burning of effigies was being held.

"At least five to six times announcements were made from the stage urging people who were standing on rail tracks to come to the ground as there was enough space there. And that they should not stand near the tracks but people did not listen," she said.

"...You must have seen in the video, that several people were making videos, and those who were standing behind them could not understand what had happened," Sidhu said.

She said Chief Minister Amarinder Singh had ordered a magisterial probe and after four weeks, it would be known who was at fault.

She had earlier said the Dussehra celebrations had been organised there for the last 40 years, irrespective of the political parties in power.