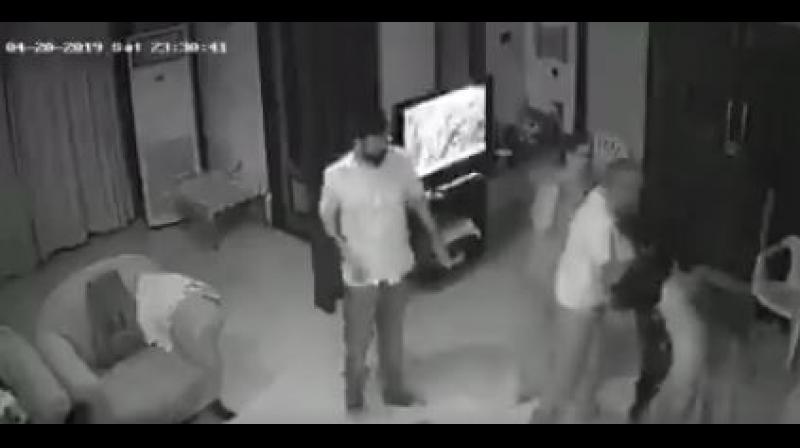 In the purported video which is 2.20 mins long, Rao's son Vashista can be seen assaulting his wife. (Photo: Twitter | Screengrab from footage)

In the purported video which is 2.20 mins long, Rao's son Vashista can be seen assaulting his wife.

In the video you can see the retired Chief Justice of Tamil Nadu Justice Nooty Ram Mohan Rao bashing and manhandling his daughter in law with the support of his wife and son. pic.twitter.com/WZFEkRpbGS

Rao is seen pushing his daughter-in-law on the sofa. Two children in the video are seen going towards their mother, separately but are sent away by their father.

On April 27, Sindhu filed a complaint against her in-laws with the Hyderabad police.

Sarma said that the family, after assaulting his daughter, admitted her in Apollo hospital and claimed she was mentally unsound had inflicted self-injury.

In an interview with News18, Sindhu said her husband had attacked her for not being promoted at work.

According to her parents, the harassment for dowry started in 2012 after her wedding but escalated in the last 2 years.

Sindhu claimed she had shown the video to the cops in April. However, DCP Avinash Mohanty of CCS said the complainant had promised to give the CCTV footage but had never submitted it.

Ramamohana Rao was a senior judge in the Hyderabad High Court (HC) and had retired in August 2017 while serving at the Madras HC.