Modi sahab, you met your mother, don't I have right to? asks Mufti's daughter

The hearts of the Kashmiris cannot be won by brute force, she said. 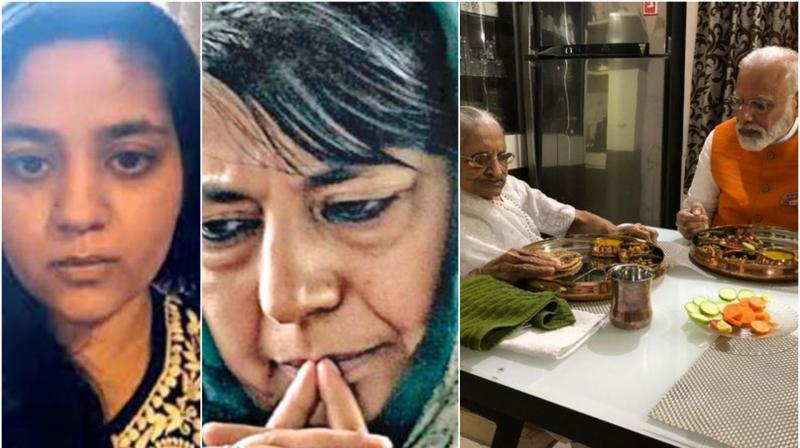 Iltija Mufti also said that rest of India mourned when Chandrayaan 2 failed, but it has shown very little empathy for the plight of Kashmiris. (Photo: File | ANI)

Speaking at India Today Conclave, Mufti also said that rest of India mourned when Chandrayaan 2 failed, but it has shown very little empathy for the plight of Kashmiris.

"Kashmiris feel a deep sense of shock and betrayal. I don't know how you are going to undo the damage and the pain you have inflicted on the Kashmiri people," Iltija, whose mother is under preventive detention since the abrogation of Article 370, said.

The BJP's claim that scrapping of Article 370 will pave the way for Kashmir's development and emancipation of its women was just "shields" to engineer demographic change in the lone Muslim-majority state in the country, she alleged.

"You (rest of India) showed more collective outrage when Chandrayaan 2 failed, you showed more feelings when it failed but you don't feel empathy for the nine million (Kashmiri) people," Iltija said, referring to India's moon mission and the failure of its lander to maintain communication link.

She also referred to Prime Minister Narendra Modi meeting his mother on his birthday three days ago. "I said to myself, Modi sahab, there are 10-11-year-old ones who have been kidnapped, their mothers are unable to sleep in the night thinking where their children must be. You (Modi) can meet your mother, don't we have the right to? Don't I have the right to meet my mother? Why I had to reach out to Supreme Court Modi-ji?," Iltija asked.

"I also saw the other shot released by media of him (Modi) releasing butterflies (during visit to the Statue of Unity). You are giving freedom to butterflies, we are also human beings, aren't we? We deserve freedom, right?" she said.

The hearts of the Kashmiris cannot be won by brute force, she said. They can be won over only by reaching out, she added.

Iltija also challenged the assertion that "political dynasties" destroyed Kashmir over the years, as claimed by BJP leaders. "The government pushes the narrative of some dynasties having destroyed Kashmir, because that serves its narrative," she said.

"We hear about lynchings (in rest of India). I want to know how many people have been put under preventive detention over these lynchings," Iltija said.

Following the withdrawal of the special status of Jammu and Kashmir, most of the top-level and second rung mainstream politicians, including former chief ministers Farooq Abdullah, Omar Abdullah and Mehbooba Mufti, continue to be in detention or under house arrest.