Congress has been slamming Modi govt over rising prices of petrol and diesel and had also called a shutdown over the issue. 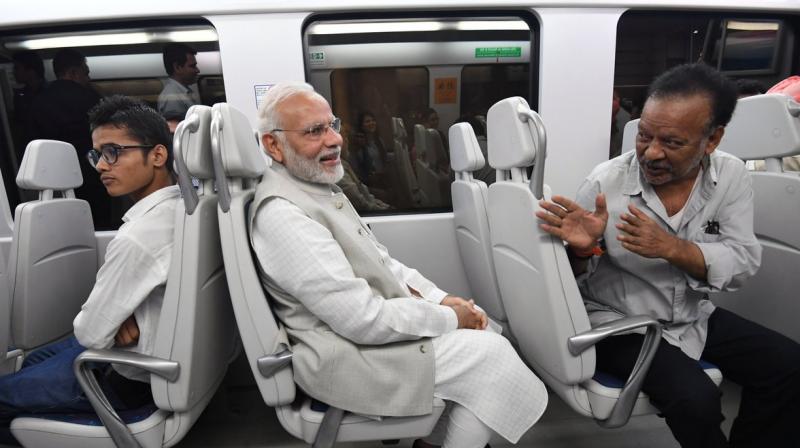 New Delhi: A day after Prime Minister Narendra Modi took a metro ride to Dwarka in south Delhi to attend an event, Congress party took a jibe asking if fuel price hike was the reason behind Prime Minister taking the metro.

Rahul Gandhi-led Congress has been slamming the Modi government over the rising prices of petrol and diesel and had also called a shutdown over the issue.

High Fuel prices in Delhi has forced @narendramodi ji to use Delhi Metro? Or one more election jumla? https://t.co/uiDCBqrUd1

Rising fuel prices and a weakening rupee have emerged as major challenges for the Modi government. Though states like Andhra Pradesh, Rajasthan and West Bengal have reduced taxes on the fuel, the Centre has not taken any such action yet.

PM Modi on Thursday took a 14-minute ride in the Airport Express Metro from Dhaula Kuan to Dwarka on way to lay the foundation stone of India International Convention and Expo Centre.

Prime Minister Narendra Modi, in the past too, has used the metro to reach distant venues to avoid traffic jams occurred during VVIP movement.