The CBI on Thursday told the court their investigation was at an advanced stage and sought four weeks to complete their probe. 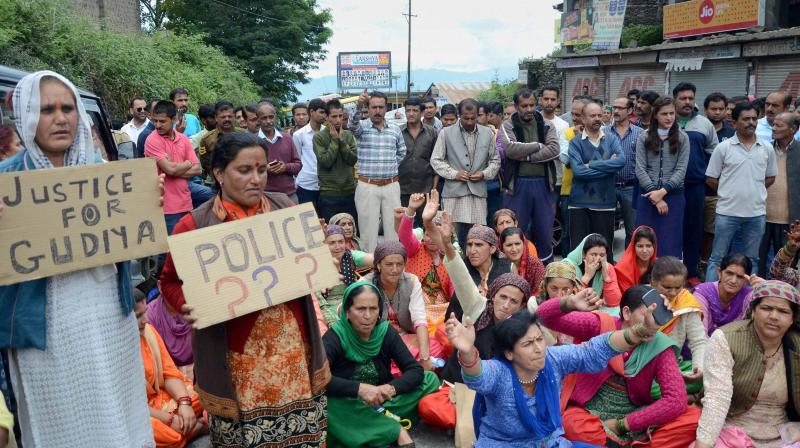 The minor girl's body was found on July 6 in Kotkhai. (Photo: PTI/File)

Shimla: The Himachal Pradesh High Court on Thursday gave the CBI three more weeks to complete its probe in the rape-and-murder case of a minor girl in Kotkhai in July and the subsequent death of an accused in police custody.

A division bench of Acting Chief Justice Sanjay Karol and Justice Sandeep Sharma fixed October 13 for the next hearing. They received a report on the status of the investigation by the CBI in the matters.

The minor girl's body was found on July 6 in Kotkhai. The case later came to be known as "Gudiya" rape-and-murder case.

One of the six accused in the case died in police custody and eight police officers, including an IG-rank officer, were arrested by the CBI in connection with the custodial death.

The CBI on Thursday told the court their investigation was at an advanced stage and sought four weeks to complete their probe. But the court asked the agency to submit its final report on October 13.

Both the matters - the rape-and-murder case and the custodial death case - were handed to CBI on July 19. The CBI has submitted three status reports during previous hearings.

Inspector-General of Police Z H Zaidi and Deputy Superintendent of Police Manoj Joshi were among the eight police office arrested for the custodial death of the accused.

The police initially claimed that Raju - another accused in the case - killed Suraj in police custody.