Both sides reaffirmed their intention to intensify counter-terrorism cooperation during the talks. 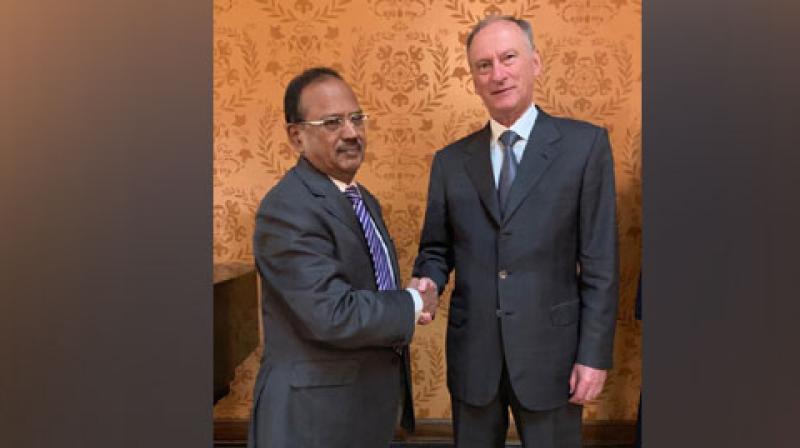 "NSA's talks with his Russian counterpart covered preparations for PM's visit to Vladivostok for the EEF in early September, bilateral cooperation between the two National Security Councils as well as regional and international issues," an official statement outlined.

"The discussions based on mutual trust and confidence showed identical or close positions on various issues characteristic of the Special and Privileged Strategic Partnership between the two countries," it added.

Both sides reaffirmed their intention to intensify counter-terrorism cooperation during the talks.

"The long-standing position of both sides on importance of their bilateral consultations and mutual support for principles of sovereignty and territorial integrity and non-interference of third parties was reiterated," the statement read.

Rogozin applauded the progress of the Chandrayaan program and conveyed Russia's support and best wishes for the Mission's success.

"Both sides also discussed long term aspects of space cooperation, which is expected to figure prominently in the bilateral summit in Vladivostok," the statement added.