Minster of New and Renewable Energy and Power Singh launched SARAL at RPM meeting with states and state Power Utilities in Delhi. 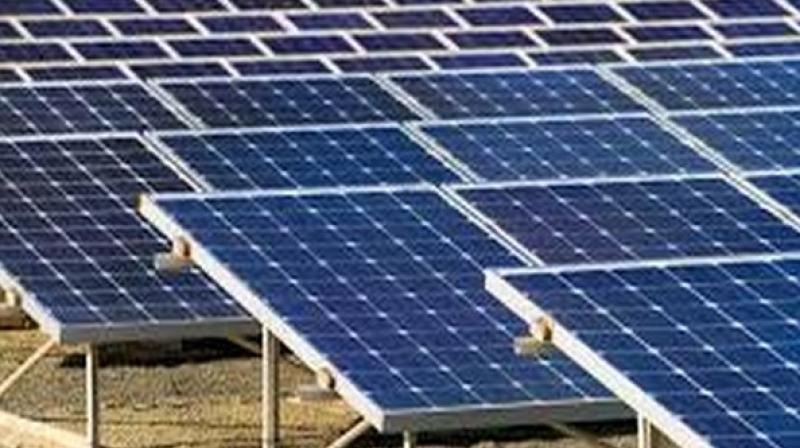 Karnataka with a SARAL score of 78.8 was top state followed by Telangana and Gujarat, which had SARAL score of 72.2 and 67.9. Jammu and Kashmir has been ranked last on the index with 14.4 SARAL score. (Photo: ANI)

New Delhi: Karnataka ranks the best among states for setting up a rooftop solar project, according to the Attractiveness Index (SARAL) released by Minster of New and Renewable Energy and Power R K Singh here on Wednesday.

Karnataka with a SARAL score of 78.8 was top state followed by Telangana and Gujarat, which had SARAL score of 72.2 and 67.9. Jammu and Kashmir has been ranked last on the index with 14.4 SARAL score.

The Ministry of New and Renewable Energy (MNRE) has set a target of 175 GW of renewable energy capacity by 2022, of which 100 GW solar power is to be operational by March 2022, of which 40 GW is expected to come from grid-connected solar rooftops.

"To achieve our rooftop solar targets, it is important to develop an ecosystem that ensures information symmetry, access to financing and clear market signals. Thus, the MNRE has developed the State Rooftop Solar Attractiveness Index-SARAL that evaluates Indian states based on their attractiveness for rooftop development," Singh stated in a press release.

He further stated that SARAL is the first of its kind index to provide a comprehensive overview of state-level measures adopted to facilitate rooftop solar deployment.

"The index will encourage each state to assess its initiatives taken so far, and what it can do to improve its solar rooftop ecosystem. This will help states to channelise investments that can eventually help the sector grow. In addition, such an exercise is likely to create a more conducive environment for solar rooftop installations, encourage investment and lead to an accelerated growth of the sector," a press release stated further.

SARAL has been designed collaboratively by the Ministry of New and Renewable Energy (MNRE), Shakti Sustainable Energy Foundation (SSEF), Associated Chambers of Commerce and Industry of India (ASSOCHAM) and Ernst and Young (EY).