HC called INX Media case filed by CBI and the ED as 'classic case of money laundering' and Chidambaram 'key conspirator in the case'. 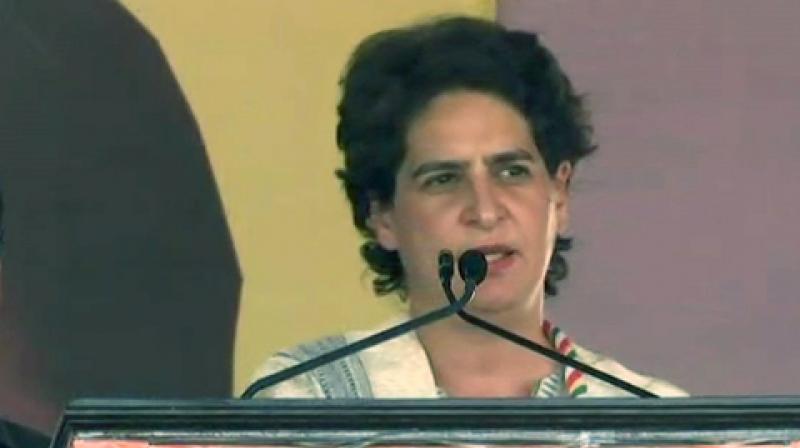 While rejecting Chidambaram's anticipatory bail, the high court had called the INX Media case filed by the CBI and the ED as 'classic case of money laundering' and Chidambaram 'key conspirator in the case'. (Photo: File | ANI)

"An extremely qualified and respected member of the Rajya Sabha, P Chidambaram ji has served our nation with loyalty for decades including as Finance Minister and Home Minister. He unhesitatingly speaks truth to power and exposes the failures of this government, but the truth is inconvenient to cowards so he is being shamefully hunted down," Priyanka said on Twitter.
She also vowed to "stand by him and continue to fight for the truth" without caring about "consequences".

On being asked about 'how do you see the CBI action?', Khurshid said, "Extremely unfair."

The Delhi High Court on Tuesday rejected Chidambaram's petitions for an anticipatory bail in connection with the INX Media case filed by the CBI and Enforcement Directorate (ED) on Tuesday.

In the evening, teams of the CBI and the ED visited the Rajya Sabha lawmaker's residence in central Delhi hours and returned after they could not locate him.

The CBI had on late Tuesday night also put up a notice outside his residence to appear before them in two hours prompting his lawyer to request the investigation agency not to take any coercive action until the hearing of Chidambaram's plea in the Supreme Court on Wednesday.

"I am instructed to state that your Notice fails to mention the provision of law under which my client has been issued a notice at midnight calling upon him to appear at a short notice of 2 hours," said Chidambaram's lawyer Arshdeep Singh Khurana in an e-mail to R. Parthasarthy, Deputy Superintendent of Police (DSP), CBI.

While rejecting Chidambaram's anticipatory bail, the high court had called the INX Media case filed by the CBI and the ED as "classic case of money laundering" and Chidambaram "key conspirator in the case".

Chidambaram's legal team consisting of top lawyers Kapil Sibal and Abhishek Manu Singhvi will approach the Supreme Court at 10:30 am on Wednesday to seek a stay of the High Court order.