Around 127 people are stranded at Chhatru village and the state government is making arrangements to rescue them. 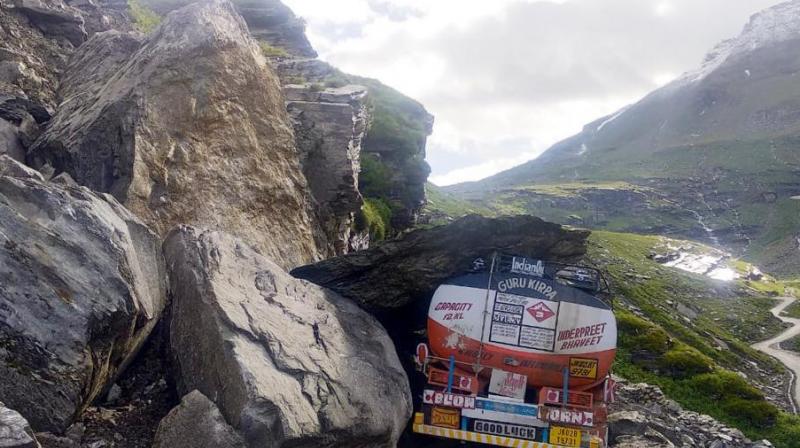 The road was cleared and vehicular traffic returned after the stranded vehicles were moved. (Photo: ANI)

Himachal witnessed light to moderate rainfall on Tuesday. Most of the rivers that were in spate saw a decline in water levels. Traffic on a majority of the highways and link roads was restored.

“There was no heavy rainfall in the state but precipitation occurred at some places in the state since Monday,” director of Meteorological Department Manmohan Singh said.

Barring light rainfall, the weather would likely to be dry in the state. As a precautionary measure, excess water was discharged from Pandoh diversion dam        located 112 km upstream of Pong Dam.

Police said Leh-Manali highway has been cleared for light motor vehicles. The highway which was closed due to landslides and flash floods was again blocked on Tuesday afternoon by a landslide at Banta Morh.

The road was cleared and vehicular traffic returned after the stranded vehicles were moved.

Around 127 people are stranded at Chhatru village and the state government is making arrangements to rescue them. Officials in Shimla said 10 foreigners were also among those stranded.