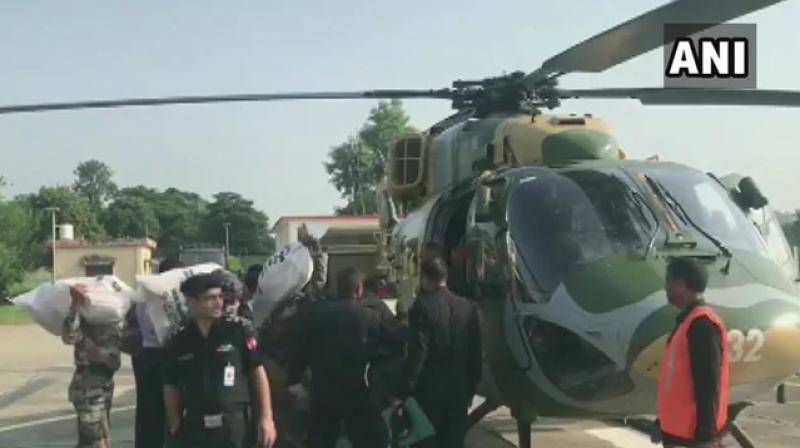 Officials said airdropping of food packets will continue in the marooned villages with the help of the Army till the situation normalises. (Photo: ANI)

Jalandhar: Helicopters of the Army were pressed into service on Wednesday to airdrop food packets in flood-hit villages of Punjab's Jalandhar district as they remain inundated because of breaches in the earthen embankments of the Sutlej river.

Following the recent rains and the release of excess water from the Bhakra Dam, the Sutlej river and its tributaries had flooded villages in Ludhiana, Jalandhar, Ferozepur and Rupnagar in Punjab, causing damage to crops and houses in low-lying areas.

From there it was loaded into six Army helicopters under the supervision of the deputy commissioner and the senior superintendent of police, an official release said.

Officials said airdropping of food packets will continue in the marooned villages with the help of the Army till the situation normalises.

The district administration had on Tuesday sought the help of the Army for airdropping of the food packets.