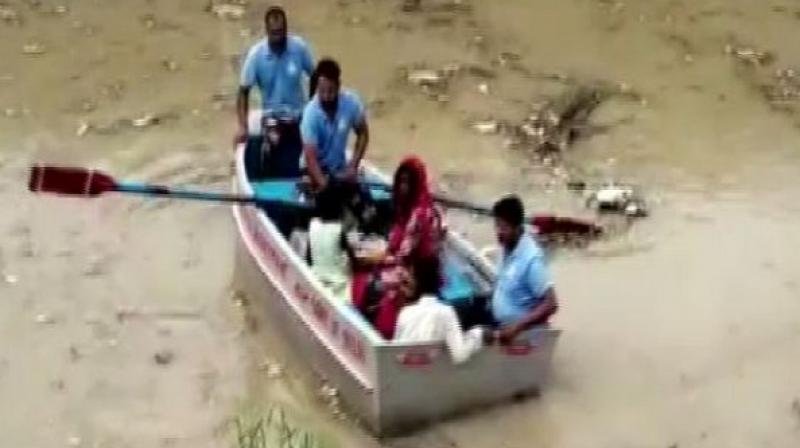 New Delhi: Delhi Disaster Management Authority (DDMA) on Wednesday rescued a family of four, who were stranded after the water level of the river crossed the danger mark.

Four persons, including a couple and their two children, spent a night on the tree and rescued by the DDMA officials this morning.  "I reached home in the evening. As my family was waiting for my arrival, they stayed near the house. Later, when I reached there, we called the police and decided to stayed on a tree till rescue team visits us," the head of the family told ANI.

Presently, the river is flowing above at 206.25 metre, above the danger mark, of 205.33 metre. The water level swells following the release of 1.43 lakh cusec water from Haryana on Monday.

On Tuesday, water from the overflowing river entered in the low-lying areas at Kisan Colony and Yamuna Khadar near ISBT and the cremation ground at Nigambodh Ghat also got submerged.

The Chief Minister Arvind Kejriwal had chaired a high-level meeting of Cabinet ministers and officers of concerned departments to take stock of preparedness for any situation arising out of incoming excess water in the river.