'The government was not addressing the issues plaguing the country,' he said. 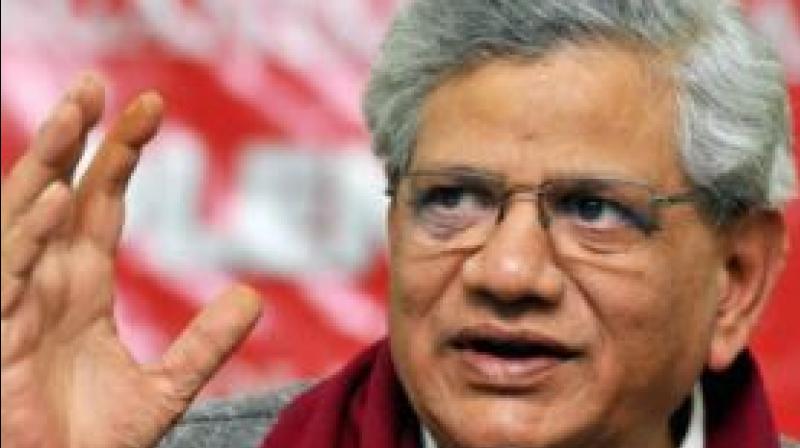 New Delhi: Accusing the BJP of injecting “venom” into society and forwarding the RSS’ “fascist agenda”, CPI(M) general secretary Sitaram Yechury, on Wednesday, said economic growth could not happen in this environment.

Continuing his attack on the BJP over lack of jobs and the state of the economy, Yechury in a series of tweets said the government was not addressing the issues plaguing the country.

“If you work actively to destroy social harmony and inject venom into society as the BJP has done, there is no chance of any jobs being available for there shall not be any economic growth in such an environment.

“Unemployment is at its highest in 50 years. Ironically, instead of tackling urgently the tumbling economy, the large-scale closures, and the laying off of jobs, dealing with the livelihoods of crores of people, the intention of this govt is to carry forward RSS’ fascistic agenda,” he said.