Lakes, wetlands that soak up floods disappeared, and new concrete buildings concentrate excess water and make it harder to drain away. 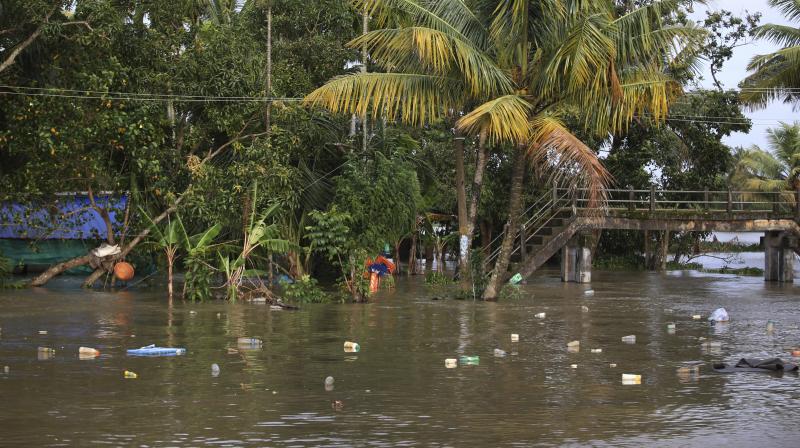 Kerala has been battered by the worst floods in almost a century that have killed more than 410 people since the monsoon started in June. (Photo: AP)

Kerala has been battered by the worst floods in almost a century that have killed more than 410 people since the monsoon started in June.

Kerala is criss-crossed by 44 rivers and famed for its backwaters, a chain of brackish lagoons and lakes that run parallel to the Arabian Sea -- creating an environmentally sensitive region with many unique species of plants and animals.

Muralee Thummarukudy, a United Nations disaster response expert, and ecologist Madhav Gadgil, warned in reports back as far as 2011 that a mega-monsoon was inevitable and that the state was ill-prepared.

Critics say Kerala and the centre have ignored environmental concerns as they push power plants and coal mines, hotel resorts and new housing.

Lakes and wetlands that soak up floods have disappeared, and new concrete buildings concentrate excess water in certain areas and make it harder to drain away.

Thummarukudy predicted a flood disaster in Kerala in a 2013 article that called for changes in land use. Thousands of lives were lost in a 1924 flood in the region and Thummarukudy said repeats often come 50 or 100 years later.

"Change in land use planning is always difficult in every country because both private property rights and large amounts of money are involved. So I was not surprised that such changes were not made," he told AFP.

"I am very sad that my predictions about floods in Kerala came true with tragic loss of life."

In recent years, Kerala governments have aggressively promoted the state's palm tree-lined beaches and lush plantations to draw international tourists, and foreign arrivals doubled in 10 years to hit more than a million in 2017.

But the rush for revenue has led to violations of coastal planning regulations.

Ecologist Madhav Gadgil, who suggested a ban on new industrial and mining activities in Kerala in a 2011 report, said man-made problems had played a key role in the disaster.

But political and corporate lobbying meant the recommendations were ignored and resorts for the wealthy have mushroomed along coasts and rivers.

"Unfortunately, our state governments are in collusion with vested interests that do not want any environmental laws to be implemented," Gadgil told AFP.

"Our recommendations would have been accepted in any law-abiding society. But we have a lawless society and extremely poor governance," he said.

A senior official in Kerala's environment and climate change department downplayed the criticism.

"It is wrong to say we have not done enough. We started eco-restoration of wetlands and we have also banned plastic," she told AFP, asking not to be named.

"We are doing our best. It is nature's fury, you cannot point blame on anyone," she said.

Thousands of kilometres of Kerala roads have been swept away by landslides and flooding and tens of thousands of houses destroyed or damaged.

The gates of dams built in the past three decades have had to be opened to prevent overflowing and that compounded flooding estimated to have left more than USD 3 billion of damage -- a bill expected to rise significantly.

The flooding in Kerala is reminiscent of a similar disaster in Uttarakhand where some 6,000 people died in 2013. Chaotic planning was again seen as partly to blame.

Across India, protests have been mounting against new industries that local residents say are polluting the environment and making them sick.

In May, a copper plant in Tamil Nadu state was shut after protests by residents, in which 13 people died, accusing a mining company of flouting environmental standards.