Coming to defence of his brother, HD Kumaraswamy said Revanna's act was not out of 'arrogance'. 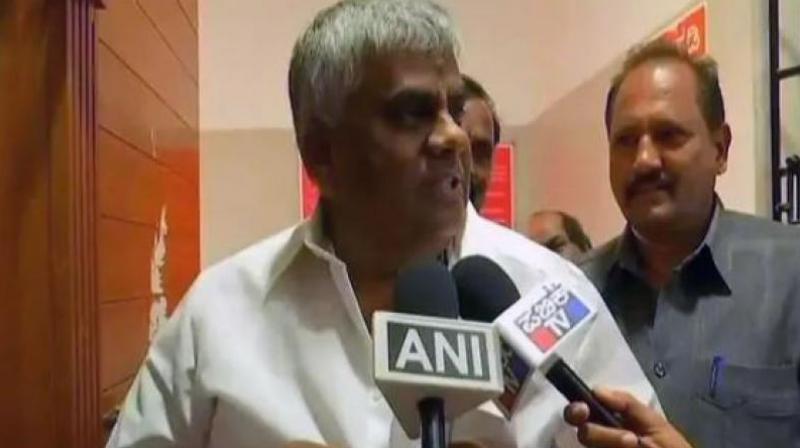 Revanna, PWD Minister and brother of Chief Minister H D Kumaraswamy, was seen picking biscuit packets and hurling them at the people sheltered in the relief camp. Revanna was accompanied by JD (S) MLA AT Ramaswamy who represents Arkalgudu taluk.

As the video clip went viral in the social media besides being aired by TV channels, netizens and BJP leaders termed Revanna's action as 'insensitive'.

Senior BJP leader S Suresh Kumar slammed Revanna for the act. "Dear Public Works Minister, throwing biscuits (at the flood victims) is not a public work... Is it the bloated ego, uncivilised behaviour... behind throwing biscuits?" he asked in a Facebook post.

In one of the messages on the social networking site, a person posted that the Minister lacks even "minimum courtesy" while another comment asks, "Will (sic) the Minister treat his family members in the same way."

Coming to the defence of his brother, Kumaraswamy said Revanna's act was not out of 'arrogance'.

"I have noticed that the issue has come in TV, don't take him otherwise. I have crosschecked... while distributing the biscuits, there were large number of people there and there was no place for movement," he told reporters.

Revanna was also pained that he was being portrayed wrongly, he said adding: "If he (Revanna) had asked some one to distribute, the issue wouldn't have arisen at all."

The minister's son Prajwal Revanna said his father was "a humble" person and wanted to help the flood-hit people at the camp.

"My father is a humble person. Since he has concern for the marooned, he had visited relief camps to given them succour," Prajwal Revanna told reporters.

Several districts in Karnatka have been hit by heavy rains in the past several days.