Under the CSSM component of Skill India scheme, the Centre had allocated Rs 3,000 crore to all states for the period between 2016 and 2020. 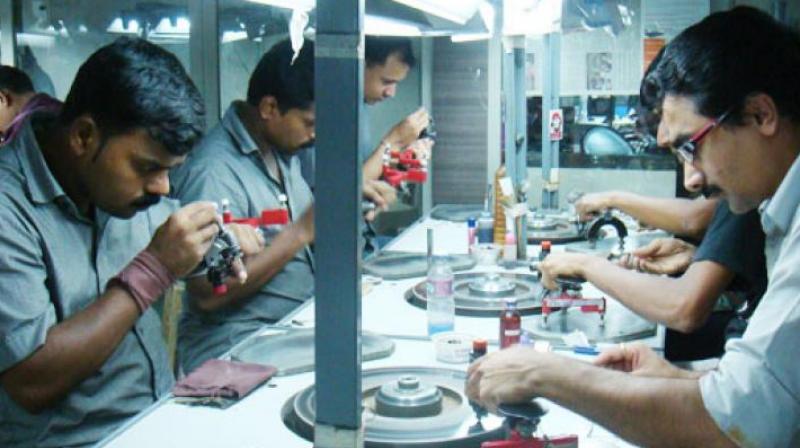 Subsequently the funds for states under the CSSM component had to be cut down by 20 per cent to Rs 2,400 crore. (Representational Image)

New Delhi: The NDA government’s ambitious Skill India scheme, which Prime Minister Narendra Modi had started in 2015 with the aim of providing short term training to one crore people, had to cut down its fund allocation to states by 20 per cent within three years of its implementation, owing to large amount of money going unspent and slow performance of states across the country.

Considering the fact that 17 out of the 29 states of the country are being directly or indirectly ruled by the BJP, the poor performance of states in a flagship scheme like Skill India which is the brainchild of the Prime Minister, comes a major embarrassment for the Centre.

Under the centrally sponsored state managed (CSSM) component of Skill India scheme which is also known as Pradhan Mantri Kaushal Vikas Yojana (PMKVY), the Centre had allocated Rs 3,000 crore to all states for the period between 2016 and 2020 (as it is a four year scheme).

However after evaluation it was found that a lot of funds were going unspent and the overall progress by states was too slow. Subsequently the funds for states under the CSSM component had to be cut down by 20 per cent to `2,400 crore, highly placed sources said.

Sources aware of developments said that out of rationalised financial allocation to states of Rs 2,400 crore, around Rs 780 crore have been sent to states till June 2019.

Soon after PMKVY had been launched in 2015, proposals from all the 29 states and seven Union territories were received by the Centre. After their evaluation, approval of training around 20 lakh candidates under CSSM component of PMKVY was given and the sum of Rs 3,000 crore was allocated to the states for 2016-20.

But after a periodical review of the scheme, it was found that the speed of implementation of the scheme in majority of the states was too slow, and the funds were going unspent.