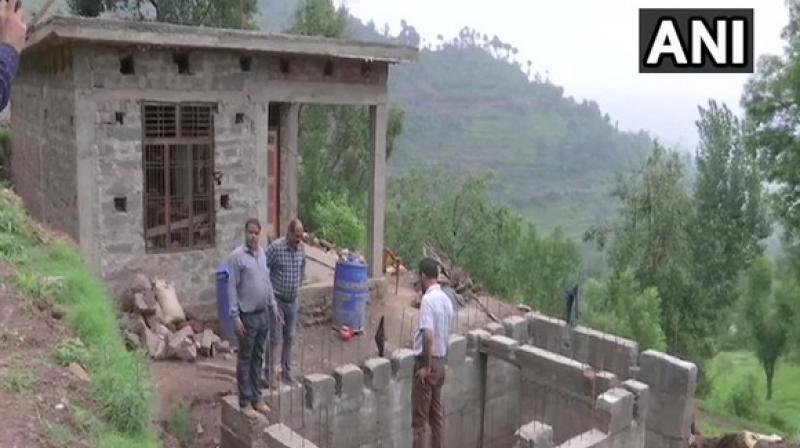 Rajouri: In order to ensure the safety and security of people living in villages close to the India Pakistan border, community bunkers are being constructed to provide them shelter during the cross-border firing.

Rajouri District Development Commissioner, Mohammad Aijaz Asad said: "Construction work of such bunkers in all the border areas is underway."

"Here shelling can occur anytime. The villagers flee to Rajouri in their bid to save their lives. We are thankful to administration for it," said a villager.

"Our houses are destroyed in shelling and people either die or are left injured in the incidents of cross border firing. We have to rush to schools in order to save our children during the shelling. Now bunker is constructed at school also and hence our children would be safe," said another local.

While government engineer Mohammad Hanif said: "Civilians on the border have to face immense problem during cross border firing and shelling. Road connectivity is poor hence injured cannot be easily rushed to the hospital for treatment. 1892 bunkers are being constructed in the whole district for the civilians."

It is noteworthy, that incidents of cross-border firing and shelling take a toll on the lives of civilians who live close to the India-Pakistan border.

The bunkers are meant to provide them with a safety cover in case of cross-border firing.