India   All India  21 Jul 2018  Want justice: Father of man lynched in Alwar on suspicion of cow smuggling
India, All India

Want justice: Father of man lynched in Alwar on suspicion of cow smuggling

Man identified as Akbar Khan was lynched while allegedly transporting cows from Haryana to Ramgarh. 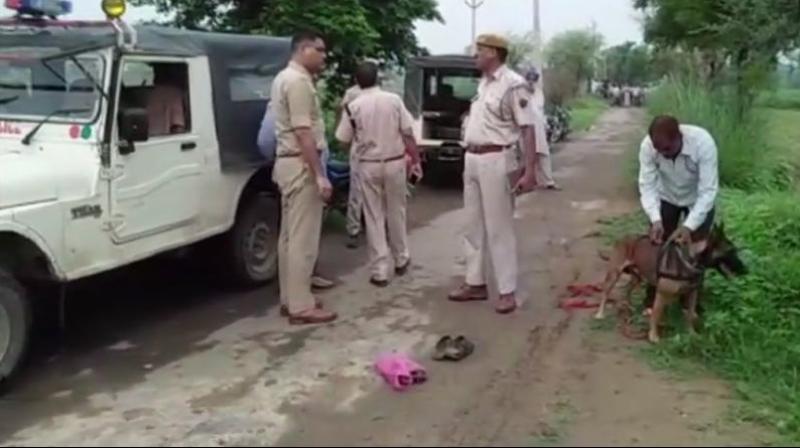 A man was beaten to death by mob in Alwar’s Ramgarh on suspicion of cow smuggling. (Photo: Twitter | ANI)

Alwar: A 28-year-old man was beaten to death by a mob in Alwar’s Ramgarh late on Friday night on suspicion of cow smuggling.

The man identified as Akbar Khan was lynched while allegedly transporting two cows from his native Kolganv village in Haryana to Ramgarh's Lalwandi village.

"The cows were sent to the cowshed. Two suspects were taken to police station from the spot and were later arrested after we found their involvement. An investigation is being done to find other culprits. Postmortem of the body is being done," IG Jaipur range said.

"Akbar Khan, a resident of Kolgaon in Haryana, and another man were taking two cows to their village through a forest area near Lalawandi village in Alwar last night when a group of people severely thrashed Khan," said Subhash Sharma, the officer at Ramgarh police station.

"It is not clear if they were cow smugglers. The body has been sent for postmortem, We are trying to identify the culprits and arrests will be made soon," Anil Beniwal, senior police officer in Alwar told news agency ANI.

Suleiman, father of the man who was beaten to death by mob sought justice. “We want justice. The culprits should be arrested soon,” he said.

The incident of alleged lynching of a person transporting bovines in Alwar district is condemnable. Strictest possible action shall be taken against the perpetrators.

“We'll take strict action against those responsible. We cannot guarantee that murders will stop immediately if we make a law against it. But we're trying to make laws stricter,” Rajasthan Home Minister GC Kataria said.

The incident comes a year after a man, in his 50s, was beaten to death by a group of alleged cow vigilantes in Alwar.

The latest incident comes just a day after the issue of mob lynching reverberated in Lok Sabha during the debate on the no-confidence motion against the NDA government.

Speaking in Lok Sabha, Prime Minister Narendra Modi on Friday urged all the state governments to take strict action against those involved in mob lynching incidents and punish them to curb the menace happening in the country for the last few months.

The latest lynching in Alwar comes four days after the Supreme Court had asked the legislature to consider enacting a new penal provision to deal with mob violence and provide deterrent punishment to offenders.

No citizen can take the law into their hands and the government must act, said the apex court on Tuesday. "In case of fear and anarchy, the state has to act positively," said Chief Justice of India Dipak Misra.

He termed the incidents of mob lynching as "horrendous acts of mobocracy" and said the incidence has to be curbed with iron hands.