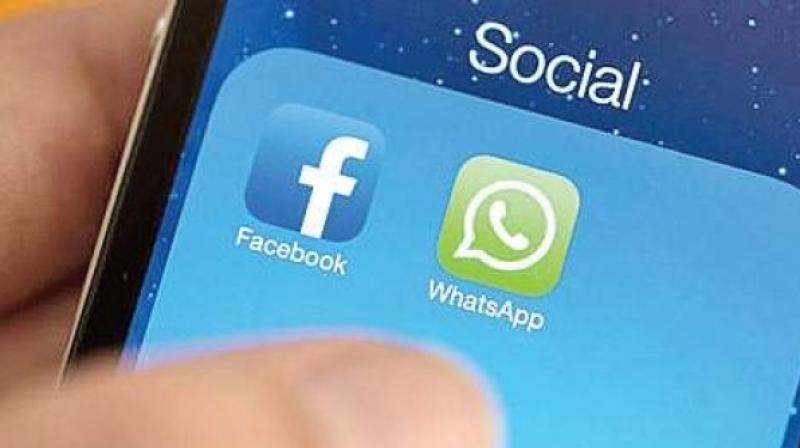 The court had said it saw no merit in the petitions of Facebook and WhatsApp to interdict the investigation directed by the CCI. (Photo: PTI/File)

New Delhi: Facebook and WhatsApp on Monday urged the Delhi High Court to stay the Competition Commission of India (CCI) notice asking them to furnish certain information in relation to a probe ordered by it into the instant messaging app's new privacy policy.

A vacation bench of Justices Anup Jairam Bhambhani and Jasmeet Singh said it will pass an order on the application.

During the hearing the bench said since it was sitting on a vacation bench, it did not want to delve into the merits of the matter even as the main petitions are pending before a bench headed by the Chief Justice.

We will pass an order. The matter will be listed on July 9 (the date already fixed for the main petitions), the bench said.

The case relates to the appeals of Facebook and WhatsApp against a single judge order dismissing their pleas against the probe CCI ordered into the instant messaging app's new privacy policy.

The high court had earlier issued notices on the appeals and asked the Centre to respond to it.

In their fresh applications filed in the pending appeals, Facebook and WhatsApp sought stay on the CCI's June 4 notice asking them to furnish certain information for the purpose of inquiry conducted by it.

Senior advocate Harish Salve, representing WhatsApp, said the problem is that they have received a fresh notice on June 4 and the last date to respond is today, that is June 21.

He said the privacy policy is already under challenge in the Supreme Court and the Delhi High Court by way of a batch of petitions and even the government is looking into it.

Senior advocate Mukul Rohatgi, appearing for Facebook, said the question here is of propriety and it is not correct as the highest court of the country, that is, the Supreme Court is looking into the matter.

Why did they wait for June 4 evening to issue the notice? They could have done it earlier, he said.

Additional Solicitor General (ASG) Aman Lekhi, representing CCI, opposed the pleas saying at the stage of inquiry furnishing of information will not lead to any order by the CCI and the notice is in pursuance to the inquiry which was not stayed by the high court and that this not the first notice issued to them.

ASG Balbir Singh, also appearing for CCI, said since there is a statutory order against Facebook and WhatsApp, they should not use the high court's order and say that they will not furnish the information sought by CCI and the information should not be stalled at this stage.

When the court asked what was the hurry of issuing notice by CCI, Lekhi said the question was not of hurry but the matter itself requires a lengthy process.

He said till a report is submitted by the Director General to the CCI, there will be no precipitate action against them.

The high court had on May 6 issued notice and sought reply of CCI on the appeals filed by Facebook and WhatsApp.

The single judge on April 22 had said though it would have been "prudent" for the CCI to await the outcome of petitions in the Supreme Court and the Delhi High Court against WhatsApp's new privacy policy, not doing so would not make the regulator's order "perverse" or "wanting of jurisdiction".

The court had said it saw no merit in the petitions of Facebook and WhatsApp to interdict the investigation directed by the CCI.

The CCI had contended before the single judge that it was not examining the alleged violation of individuals' privacy which was being looked into by the Supreme Court.

It had argued before the court that the new privacy policy of WhatsApp would lead to excessive data collection and "stalking" of consumers for targeted advertising to bring in more users and is therefore an alleged abuse of dominant position.

"There is no question of jurisdictional error," it had contended saying that WhatsApp and Facebook's pleas challenging its decision were "incompetent and misconceived".

CCI had also told the court that only after the investigation can it be determined whether the data collection by WhatsApp and sharing it with Facebook would amount to an anti-competitive practice or abuse of dominant position.

It had also contended that the data collected, which would include an individual's location, the kind of device used, their internet service provider and whom they are conversing with, would lead to creation of a customer profile and preference which would be monetised by way of targeted advertising and all this amounts to "stalking".

The two social media platforms had contended that when the top court and the Delhi High Court were looking into the privacy policy, CCI ought not to have "jumped the gun" and intervened in the issue.

They had also said that CCI's decision was an abuse of the commission's suo motu jurisdiction.

They had claimed that the CCI in the instant case had "drifted far away" from the competition aspect and was looking into privacy issues which were already being looked into by the apex court and the Delhi High Court.

In January, the CCI on its own decided to look into WhatsApp's new privacy policy on the basis of news reports regarding the same.