UP: Mortal remains of SK Singh dead in AN-32 crash reaches his village

A large number of people gathered outside his residence to pay homage to the slain jawan. 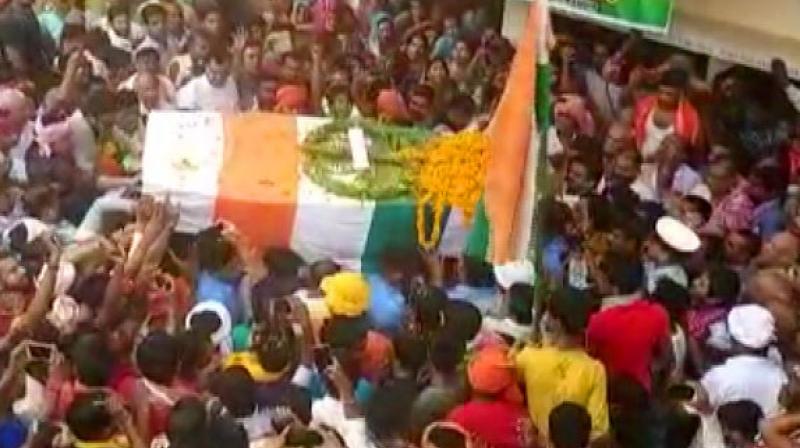 Ballia: Mortal remains of SK Singh who lost his life in (Indian Air force) IAF AN-32 crash was brought for performing last rites in Ballia on Friday.

A large number of people gathered outside his residence to pay homage to the slain jawan.

SK Singh received Guard of the honour from the Indian Air Force.

IAF on Thursday recovered the mortal remains of 13 of its personnel killed in AN-32 plane crash.

"The mortal remains of 13 brave air-warriors have been recovered and sent to the Air Force Station, Jorhat," IAF spokesperson Wg Cdr Ratnakar Singh said on Thursday.

On June 3, an IAF AN-32 aircraft, which took off from the Air Force Station, Jorhat in Assam, went missing with 13 air-warriors onboard.

The wreckage was found on June 11 on a mountain slope in Arunachal Pradesh. All of the 13 air-warriors died in the crash.