‘We have Yoga lessons almost every day at Embassy and Yoga is becoming popular among French now,’ French Ambassador to India, Ziegler said. 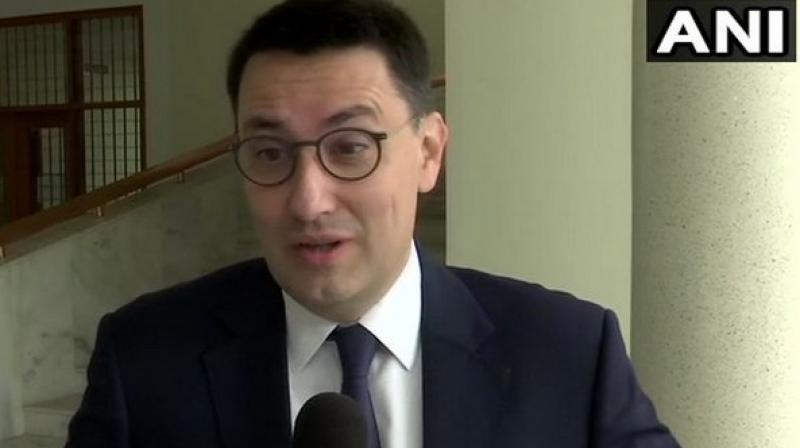 ‘Yoga helps to stay fit both physically and mentally. I am a regular practitioner of Yoga,’ Alexandre Ziegler also said. (Photo: ANI)

More than 100 yoga practitioners from France marked their presence to observe Yoga day at the French embassy in the national capital.

Alexandre Ziegler, French Ambassador to India, told ANI, "We had more than 100 yoga practitioners this morning here. We have Yoga lessons almost every day at the Embassy and Yoga is becoming popular among the French people now."

He added, "Yoga helps to stay fit both physically and mentally. I am a regular practitioner of Yoga. It was after we came to India that my mother started practising Yoga. Yoga was popular in France before the International Day of Yoga was declared; however, it received more recognition from people after that."

Meanwhile, Yoga was performed at the Embassy of the United States of America in Delhi as well.

The first International Day of Yoga was observed all over the world on June 21, 2015.

The idea of International Day of Yoga was first proposed by Prime Minister Modi during his speech at the United Nations General Assembly on 27 September 2014.