India   All India  21 Jun 2019  Commanding officers whose bases were attacked may be asked to quit
India, All India

Commanding officers whose bases were attacked may be asked to quit

The government has communicated its recommendation to the Indian Army but officers will be entitled to all the benefits. 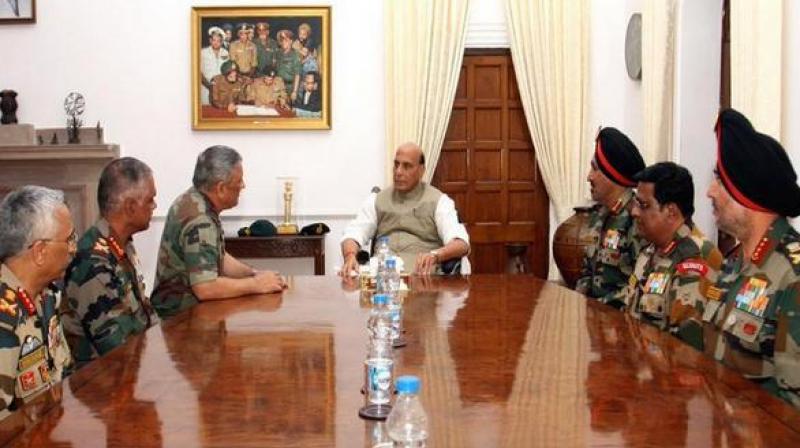 New Delhi: The government has decided to take action against those officers who commanded the army bases which were attacked in the last year, reported Hindustan Times (HT). Commanding officers of the Uri brigade, the Sunjuwan brigade and the Nagrota base in Jammu and Kashmir when their establishments were under attack by terrorists in the past may have to quit.

The government has communicated its recommendation to the Indian Army, Hindustan Times quoted an anonymous source. The government wants these officers to quit. They, however, will be entitled to all the benefits due to them.

“The army was communicated that commanders should put in their papers days after the new government was sworn in,” HT quoted a second official in the security establishment, who also did not want to be named.

Thirty-six army personnel died in the three attacks, two of which—on the Uri brigade and the Nagrota base—took place in 2016, and the third—on the Sunjuwan camp—last year. In Uri, 19 soldiers lost their lives while seven soldiers died in Nagrota. Eleven soldiers were killed when Sunjuwan camp was attacked.

After the enquiry was conducted, command and control lapses were revealed. Like, in Uri, troops were staying in tents when safer shelters were available. Also, there were intelligence reports of a possible attack. In Nagrota, a terrorist breached the security cordons in Nagrota.

In the past as well, Prime Minister had expressed displeasure over the attacks while Defence Minister pushed for strict action. The armed forces, however, resisted, the source said.

The government wants to hold the senior leadership responsible for such incidents. In one such case, the base commander had taken charge just two days ago.

“Being removed from the command is disgraceful,” General Bipin Rawat had earlier said when asked whether the army was considering stricter action.

The army had also said that punishing officers would not be justified as armed forces spend more time protecting bases and minimising casualties.

“If officers are punished for terrorists managing to carry out an attack, casualties of soldiers, the focus and tempo of counter-terror operations in Jammu and Kashmir and the north-eastern states will have to change,” HT quoted another senior army officer, who has served many years in Jammu and Kashmir.