India   All India  21 Jun 2019  20 years of Kargil War: How Major Wangchuk and his men snatched back Chorbat La
India, All India

20 years of Kargil War: How Major Wangchuk and his men snatched back Chorbat La

The awe-inspiring victory of Chorbat La laid the foundation for many other battles which India fought valiantly in Kargil. 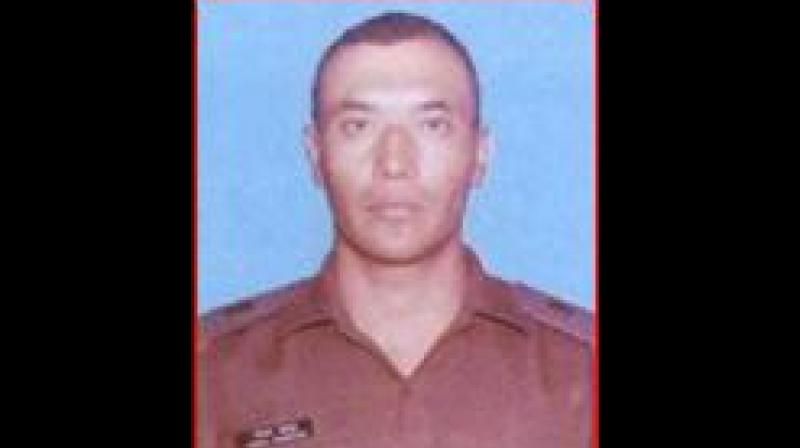 Kargil: Back in February 1999, when India and Pakistan signed the Lahore Declaration, little had anybody thought that the treaty, which was ratified by Parliaments of both nations, would not be adhered to. Less than two months of signing the declaration which aimed at resolving bilateral issues, the Pakistan Army under the garb of militants intruded into India administered Kashmir. This was reported by local shepherds on May 3.

Acting on the information, a patrol party of Indian Army was sent. The patrol party, comprising five soldiers led by Captain Saurabh Kalia, was captured and tortured to death. As the news of big scale intrusion was confirmed, the troops were moved to the border areas to recapture the territories. India declared war with Pakistan.

As the nation celebrates the 20th anniversary of the Kargil war, we bring to you some inspiring stories of valour and sacrifice which led to India’s victory. Named as Operation Vijay, the war was fought for two months after which ceasefire was declared and India regained the possession of its territories. This article narrates the battle fought to secure the strategic pass of Chorbat La.

Bordering the Pakistan-occupied-Kashmir, Chorbat La is a mountain pass which was used by the Ladakhi King for invasions. At 18,000 feet, Ladakh Scouts keep a vigil on the surrounding borders under challenging conditions. Lieutenant Colonel (retd.), then Major Sonam Wangchuk of Ladakh Scouts was on leave when the news of Kargil war reached him and he was asked to report at the base camp.

Major Wangchuk, was asked to scout the ridge line and report any suspicious activity. He set up an administration (ADM) base and deployed Honorary Captain (retd.), then Naik Subedar Subedar Tundup Dorje. Dorje was asked to monitor the enemy movement from the top of Tongal Nala.

Dorje along with three fellow soldiers scaled to the top and saw four enemy soldiers climbing the mountain from the other side. The enemies were shot dead. However, the position of Dorje was exposed and the ADM base came under heavy fire. The soldiers were stuck and their radio set was damaged but they did communicate to Major Wangchuk about their ordeal. ADM base needed immediate help and reinforcement.

Major Wangchuk was granted permission to move ahead after being denied earlier. As his troops moved forward, they were ambushed and a soldier, Havildar Tsewang Rigzin, was martyred. Rigzin was awarded Vir Chakra posthumously.

Major Wangchuk amended the plan and split the troop into two groups. He ordered Honorary Captain (retd.), then Subedar Tshering Stobdan, to climb around the mountain while he along with another soldier moved from the other end. At 1900 hours, both groups started to climb without any communication device. They decided to use torchlight to communicate. The four soldiers at the ADM base were waiting for instructions to start their ascent.

Scouts recovered letters from these tents which established that the intruders belonged to the Pakistan Army.

Major Wangchuk and his men held the pass for the next 14 days. He was awarded Mahavir Chakra for his courage and bravery. The awe-inspiring victory of Chorbat La laid the foundation for many other battles which India fought valiantly in Kargil.