National Health Protection Mission: Set it up for success

The fact that the national health scheme is being accorded the top most priority is quite evident from the speed with which things are moving. 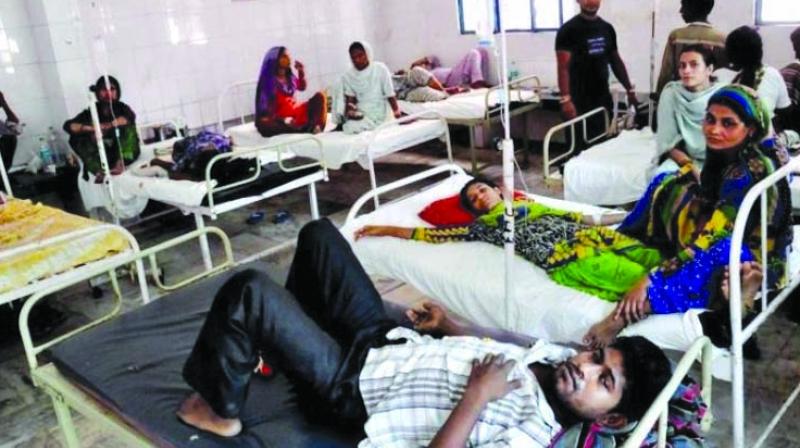 The scheme is meant to provide financial protection to the poor and the vulnerable households against hospitalization expenses.

How can any partnership flourish without the “meeting of minds” of the partners? To place this in a context, the central government is marching ahead in implementing the National Health Protection Scheme (NHPS) announced in the last budget. Twenty states are reported to have signed the Memoranda of Understanding (MOUs) with the Health Ministry for implementing the scheme, which is now given the status of a mission (NHPM). The scheme is meant to provide financial protection to the poor and the vulnerable households against hospitalization expenses.

The government is partnering with the private healthcare providers to overcome the limited supply of care through public hospitals. This partnership is considered important for the success of the scheme.

Despite protests from the private hospitals, the government has finalised the reimbursement rates for over 1,300 procedures. The private hospitals, who have come together under the Association of Healthcare Providers India (AHPI), believe the rates are too low to attract many private providers, and those providers who end up joining the scheme will be forced to compromise on the quality of care.

The AHPI wants government to reassess the rates. The protest on the reimbursement rates doesn’t augur well for the scheme that is dubbed to be the largest health insurance scheme anywhere in the world.

A wrong focus
When the scheme is just beginning to be implemented, the discussion on the rates that have been fixed for now, seems to have a wrong focus. Why is it so? One, the current rates are bound to have imperfections in the absence of robust evidence. The government has used the available evidence and made some adjustments in arriving at the current rates, which the AHPI considers unscientific. Fair enough.

But there are limits to setting the rates objectively given the evidence gap. Two, the true cost of delivering care is yet to be discovered as the claims pattern at such a scale is yet to be known. So, instead of quibbling over the rates already fixed, the best approach for the AHPI is to join the scheme and help the Mission discover the true costs of delivering care, which is essential for determining of rates scientifically in future.

So, what really matters is not so much the current rates but the basis for determining the rates in future as the partnership is a longer-term play.

What the AHPI should be asking is: What costing methodology is to be used in future for reference? What types of expenses are to be reimbursed? How often are the rates to be revised? How these rates would vary across types of healthcare providers, and across different geographies? What profit margin is reasonable enough for hospitals to stay engaged in this partnership? These higher order issues should be the focus of attention of both the Mission and AHPI.

In other words, the discussion on the “principles of partnership” is critical at a stage when the scheme is being designed. Not just for rate setting in future but also for giving clear signals to the private investors for setting up of hospitals in areas where there are huge supply gaps.

Moreover, such “principles of partnership” will come handy in guiding the partnership that will evolve with time. So, why might explain the current discussion which seems short-sighted and amateurish?

Opportunism at work?
The government is in a hurry to get the scheme rolling so that it has some results to show to the voters during the next general elections early next year.

The fact that the scheme is being accorded the top most priority is quite evident from the speed with which things are moving. While the pressure of pre-election year certainly builds momentum in implementing the scheme, it also puts the government in a vulnerable spot by weakening its bargaining power vis-a-via the private providers.

Sensing this fully, the private providers are tending to turn the situation to their advantage. So, what we see is some bit of opportunism on both sides, where each partner is in need of the other. It should come as no surprise if some concessions get extended to the private providers in due course.

Need for a fair play
Partnerships that don’t build on a fair play don’t last long. A fair play in partnerships calls for a solid foundation and for a great deal of clarity and candidness among partners.

Further, to grow and nurture any partnership, it ought to be institutionalized which means that there need to be well-defined mechanisms and processes to govern the partnership so that it is not held hostage to actors and situations.

Unfortunately, the protests by the AHPI smacks of the lack of the much-needed professionalism in this partnership for implementing health mission. The onus of bringing greater professionalism rests on both the partners, especially when there is a history of mis-trust on both sides.

Having good intentions, strong political commitment, and high ambitions is not enough. Investing in building a strong partnerships and robust implementation arrangements is also important for the success of this longer-term mission that is considered to be a game changer.

The writer is a development economist, formerly with the Bill & Melinda Gates Foundation and the World Bank.