The man was not even provided with stretcher to carry his sister till the hospital’s gate. 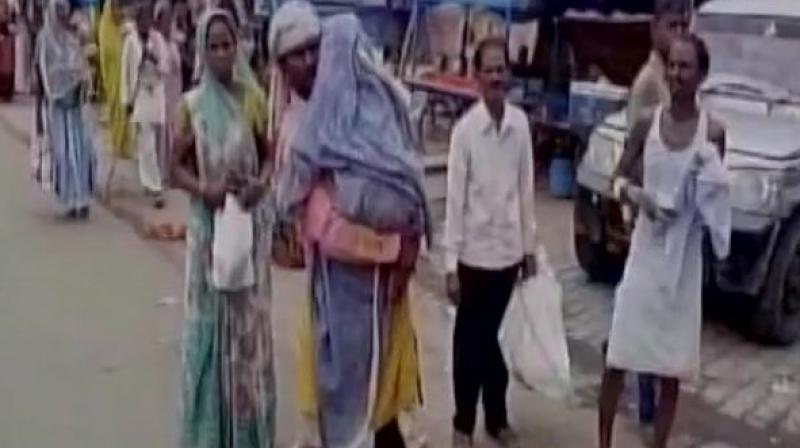 Hardoi: In a shocking case of gross negligence by medical authorities, a man in Uttar Pradesh's (UP) Hardoi district was denied an ambulance by a government hospital to take his severely burnt sister for treatment in Lucknow.

The man was not even provided with a stretcher to carry his sister till the hospital's gate.

Gangawati was burnt after a fire erupted in her kitchen while she was cooking. The accident took place on June 14.

Gangawati was taken to a government hospital in the district.

During her treatment, doctors suggested she be taken to Lucknow for better treatment.

Due to the family's poor economic condition, her brother Virendra asked for an ambulance to take his sister to Lucknow, which was denied.