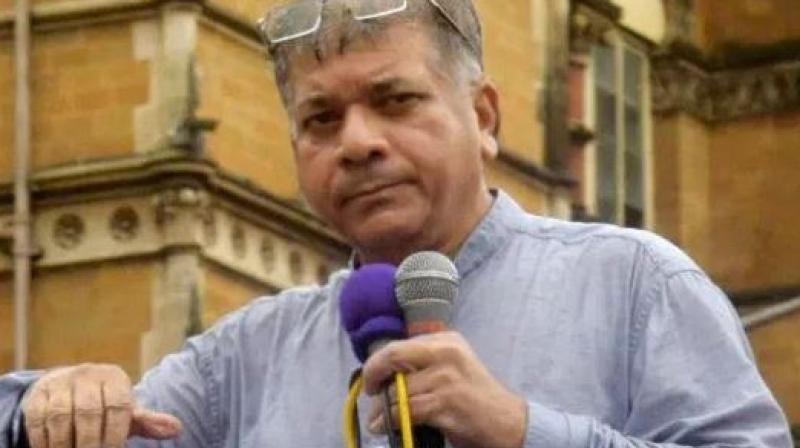 New Delhi: Prakash Ambedkar, a former MP and grandson of B R Ambedkar, is emerging as the top pick of Left parties for the presidential election. CPI(M) General Secretary Sitaram Yechury is holding informal consultations with the Congress and non-NDA parties to know their opinion about his candidature, sources in Left parties said on .

"We are thinking of Prakash Ambedkar. If the Congress and other opposition parties agree, we will put him up (for the July 17 presidential election)," a source in the Left camp said.

63-year-old Prakash is a former Lok Sabha member from Akola in Maharashtra and is the leader of Bharip Bahujan Mahasangh.

The Left parties are firm that the opposition must put up its candidate against NDA nominee Ram Nath Kovind, though they are well aware that the numbers are loaded against them, the sources said.

"It will be a political contest, we are not expecting to win the election," a top Left leader said.

Senior leaders of non-NDA parties, including Congress chief Sonia Gandhi, NCP president Sharad Pawar and Yechury, are slated to meet on Thursday to discuss the issue.

The JD(U) has decided to back the candidature of the NDA's presidential nominee Ram Nath Kovind, party MLA Ratnesh Sada said on Wednesday.

"The JD(U) has decided to back Kovind's candidature in the presidential election," Sada told reporters, claiming that Chief Minister Nitish Kumar, who is also the JD(U) national president, as having told the party legislators about it at a meeting on Wednesday morning.

"The chief minister told us that the JD(U) will support Kovind's candidature in the presidential election as he is a good man. There were about 60 JD(U) MLAs present in the meeting and they echoed the chief minister's view," Sada said.

The JD(U) legislators said at the meeting that it was "a matter of pride for Bihar" that a governor serving the state had been made a candidate for the president's post, the JD(U) MLA from Sonbarsa in Saharsa district said.

JD(U) national spokesperson K C Tyagi, however, said that the party would make clear its stand on the presidential election after its core group meeting, being presided by the chief minister.

The JD(U)'s stand to back Kovind in the presidential election would be a setback to the opposition unity.

The 18-member opposition group is scheduled to meet in Delhi on Thursday to take a decision on the issue after the Congress and some other opposition parties made it clear that they would oppose Kovind's candidature.