The government named Vice Admiral Karambir Singh as next chief of the naval staff, succeeding Admiral Sunil Lanba who retires on May 31. 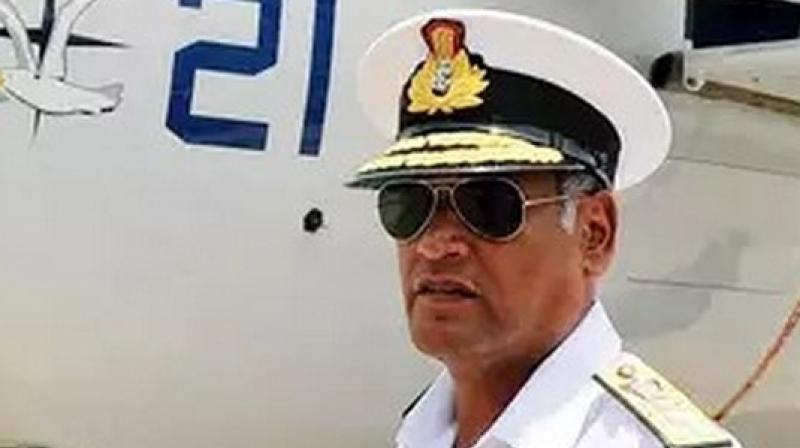 New Delhi: Vice Admiral Bimal Verma filed a fresh petition on Tuesday in the Armed Forces Tribunal seeking quashing of the government orders for designating Vice Admiral Karambir Singh as next Navy Chief and the last week rejection of his statutory complaint by the Defence Ministry.

In his plea, Vice Admiral Verma has contended that the tribunal should call for the service records of both--him and Vice Admiral KB Singh -- and see if any "extraneous or irrelevant considerations" were placed before the competent authority to reject his case while the Navy Chief appointment was being made.

The tribunal is expected to hear the plea on Wednesday.

After the Defence Ministry rejected Verma's statutory complaint, his lawyer Ankur Chhibber had told ANI that "as per law we would be withdrawing the present petition with liberty to challenge the order issued by the government and request the tribunal to hear the matter before the new chief takes over."

The first plea was filed by Verma on April 10. While rejecting his plea, Defence Ministry's Joint Secretary (Navy) Richa Mishra had clarified that though seniority is an important criterion while appointing services chiefs but it is not the "sole" criterion and has been dispersed within the past too while appointing Navy chiefs.

The Defence Ministry also made it clear that being the seniormost officer, Vice Admiral Verma was also considered for the appointment to the post of Navy Chief but was "found unsuitable to the tenant the appointment of the Chief of Naval Staff."

"Upon examination, the Central government is satisfied that the parameters for selection as evident from consistent practice were applied uniformly to all the officers in the zone of consideration and based on the assessment, Vice Admiral Bimal Kumar Verma being the senior most eligible officer was considered and found unsuitable to tenant the appointment of Chief of naval staff."

"The Central government is also satisfied that no unsubstantiated frivolous, extraneous or irrelevant consideration has had a bearing on this said selection," Richa Mishra had said in her order rejecting the officer's plea.

After the government overlooked him in appointing Navy Chief and designated Vice Admiral Karambir Singh as the next Navy chief, Verma who is the Commander-in-Chief of the Andaman and Nicobar Command, approached the Armed Forces Tribunal.

The government has named Vice Admiral Karambir Singh as next chief of the naval staff, succeeding Admiral Sunil Lanba who retires on May 31.
While appointing the Army Chief in 2016, the Central government did not follow the seniority criteria.

In the order, Defence Ministry also mentioned that the officer was not considered for being awarded the Param Vishisht Sewa Medal and was also not given the command of either the Eastern or the Western commands.