Smoke was seen emanating from above the building of the Mart that sells umbrella and school bags, by 9.30 am. 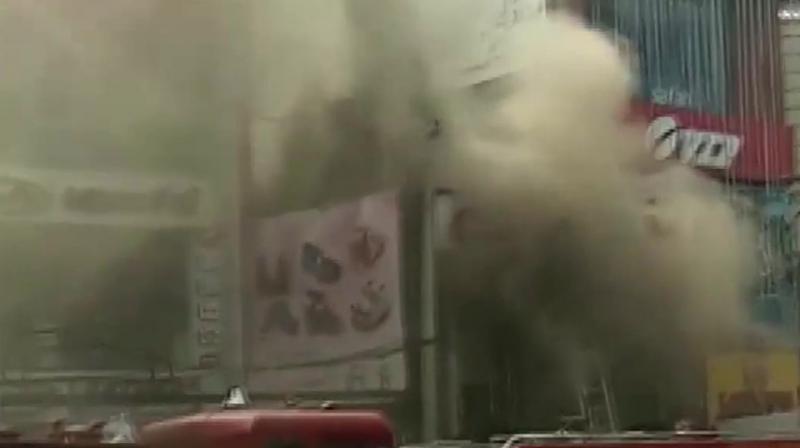 The two-storey Chellam Umbrella Mart and its godown were engulfed in fire. (Photo: ANI | Twitter)

Thiruvanathapuram: A massive fire broke out at an umbrella showroom at the crowded Pazhavangady area here on Tuesday, fire and rescue services personnel said.

The two-storey Chellam Umbrella Mart and its godown were engulfed in fire.

However, no major casualty was reported but a fireman sustained minor injury while trying to contain the blaze, police said.

Smoke was seen emanating from above the building of the Mart that sells umbrella and school bags, by 9.30 am.

The blaze spread fast to the nearby shops and a house in the thickly populated commercial area, causing concern among the people.

After being informed by the workers of the shop, five units of the fire-tenders rushed to the spot and brought the flames under control after nearly three hours of relentless efforts.

People in the nearby buildings were evacuated considering the danger.

The owner of the shop said stock worth more than Rs 1 crore was believed to have been destroyed completely.

The exact cause of the fire was yet to be ascertained, police said.