Fresh water catch has dipped by 80 per cent forcing fishermen to change vocation. 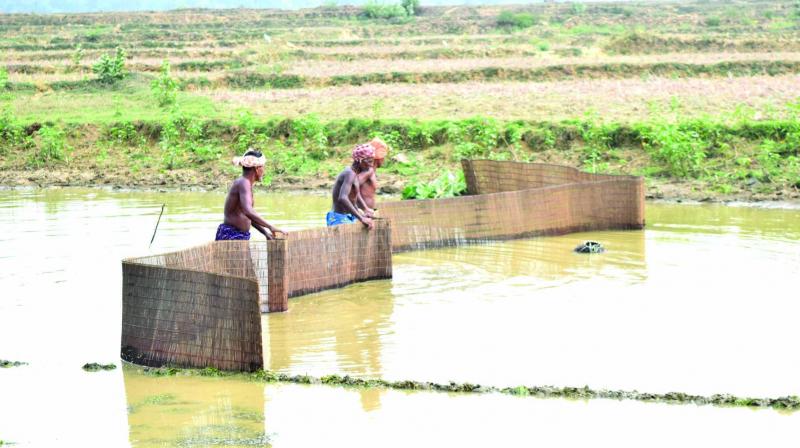 Villager using a traditional method to catch fish in Odisha.

Bhubaneswar: Rivers in Odisha are fast becoming poisonous and inhabitable for native fish species. Fresh water catch has declined by 80 per cent during the past two decades, prominent among them is Hilsa, which breeds only in fresh water of rivers. It is facing near extinction, while hundreds of other species have disappeared.

Depletion of a number of native fish species has led to a sharp decline in income of 6.6 lakh fishermen, which is forcing them to take up other vocations. A majority of them are also migrating to other states in search of livelihood.

Recently, Wildlife Society of Odisha (WSO), a development organisation, in a letter to state fisheries and animal resources department (FARD) demanded the need to conserve the rapidly dwindling native fish species of the state.

Assessment of fish catch in distributaries of Mahanadi river such as  Luna, Chitrotpala, Birupa, Kathjodi, Devi, Kandal and Paika has revealed a major fall in the earnings of fishermen.

“For 17 years now, WSO has been demanding a ban on river and lake fishing during the breeding season, but to no avail. No action has been taken to arrest the decline of fish population. It is tragic the government is apathetic to this problem that is impacting the livelihood of fishermen of the state,” Dr Biswajit Mohanty, secretary, WSO, said.

Experts feel there is an urgent need to ensure unhindered fish migration in Odisha’s rivers such as Mahanadi, Brahmani, Baitarani rivers, which are dotted with barrages and dams.

During the monsoon floods, the fish move upstream for spawning purposes. The egg-bearing or gravid fish are caught in large numbers at the barrages, dam gates, canal locks and anicuts. Experts suggest that fish ladders can address this problem.

“The fisheries department may issue necessary directions to the water resources department for implementing this. Fishing should be banned at least up to 200 metres on either side of the fish ladders to save the migrating fish,”said Dr P.K. Jena, a river water expert. 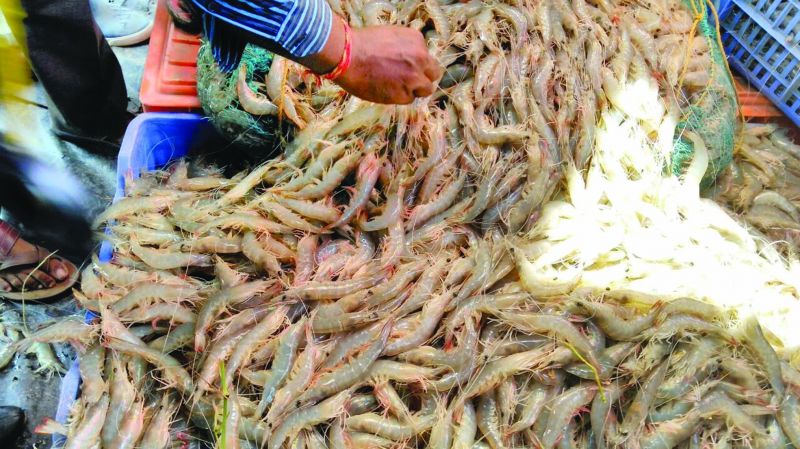 Investigations revealed that a large number of fishermen now put up nets at the gates of barrages at Naraj and Mundali and Jobra on the Kathjodi and Mahanadi rivers to catch migrating fish the year round. The nets are put up as traps throughout the year and the fishermen regularly haul up the nets using ropes and catch fish of all sizes, including juveniles.

The fishermen can easily catch the fish once they cross the gates where they are vulnerable.

Hilsa, one of the most sought-after fish species, has almost disappeared from Odisha rivers since the entry into the rivers from sea in the rainy season is being checked at the river mouths. As a result, due to lack of spawning, Hilsa population is declining rapidly.

“A few decades ago, Odisha rivers had more than 1,500 native fish species. Most of them are almost extinct now. Some of them such as Pohola, Kerandi and Mahurali are soon going to be extinct in the near future. Massive use of pesticides in the farm fields has taken a toll on these small fish varieties.  As a result, the price for these fish has more than doubled from less than Rs 100 a few years ago,” experts said.

The catch size of freshwater carps has undergone a huge decline. Carps of more than 2 to 3 kg have become uncommon in the rivers as there is fishing round the year.

Due to shortage of river fish, the prices in the markets have jumped to as much as Rs 400 per kg which was sold at less than Rs 200 per kg a few years ago.

Use of dangerous chemical poison to catch shrimp in the river banks has lead to a decline in fresh water shrimp. They now sell above Rs 500 per kg.