India   All India  21 May 2017  Will take steps to stop construction of Nathuram Godse memorial: Revenue minister
India, All India

Hindu Mahasabha is constructing the memorial of Godse, at Saparde village, 6 kms from Kalyan and land has been acquired for the purpose. 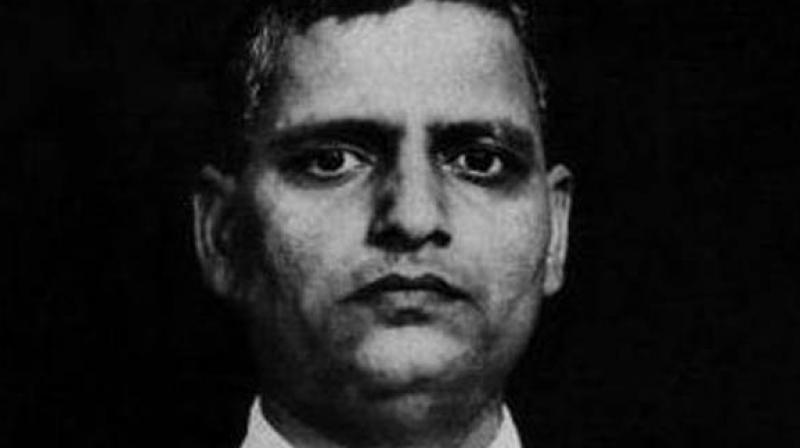 Mumbai: The Maharashtra government on Sunday assured the Legislative Council that it would take steps to stop the construction of a memorial of Nathuram Godse being built by an organisation in Saparde village near Kalyan in neighbouring Thane.

The government's assurance came after the state Legislative Council Chairman Ramraje Nimbalkar on Sunday directed the government to ensure that the construction of the memorial was stalled.

As per reports, Hindu Mahasabha is constructing the memorial of Godse, the assassin of Mahatma Gandhi, at Saparde village, 6 kms from Kalyan and land has been acquired for the purpose.

Congress MLC Sanjay Dutt raised the issue in the Council through a point of propriety and demanded that the state government should urgently intervene to stop the construction of the memorial.

"After coming to power by promising 'Sabka Sath, Sabka Vikas', the mask of the ruling regime is being replaced with their true face coming forth, which proves that for them it is actually 'Mann pe Ram, dil mein Nathuram (Lord Ram in mind, Nathuram in heart)," Dutt said.

"The fascist forces, who killed Mahatma Gandhi are now blatantly raising their heads once again to continuously throttle Bapu's ideals and teachings, while the government is consciously turning a blind eye to it," he added. Dutt asserted that Congress, along with all secular forces, will not allow it to happen, no matter what.

"Nathuram's memorial coming up in Kalyan is a blot on progressive Maharashtra and sends a very wrong message across India and even internationally," he said.

Hence, the government should immediately intervene to stop it and also take strict action against those initiating it, as well as the authorities concerned who have failed to take prompt action in the matter, Dutt said.

Responding to Dutt's demand, Leader of the House, revenue minister Chandrakant Patil said that the government has not given permission for any such memorial. Chairman Nimbalkar said it may not have permission, but if someone is constructing Godse's memorial, it should be stopped.

Patil then assured that the government will initiate steps to stop it. "We will conduct an inquiry into the matter and appropriate action would be taken against people involved into construction of the memorial," Patil said.