India   All India  21 May 2017  UP: Man denied ambulance, carries wife's corpse on stretcher
India, All India

The hospital authorities refused to provide an ambulance for his wife's body unless he paid a bribe of Rs. 800. 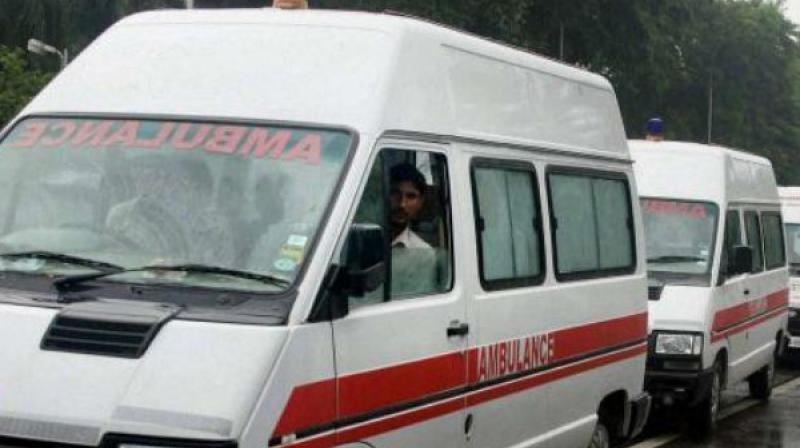 Kaushambi: In a shocking display of disregard for humanity, a man was forced to carry the body of his dead wife on a stretcher after the hospital authorities refused to render an ambulance service to him.

The deceased, identified as Malti Devi, was experiencing labour pain when her husband, Mahesh, rushed her to CHC hospital in Sarai Akil. Malti, who was suffering all night, was allegedly not attended to by the duty doctors. Seeing her condition take a turn for the worse, the doctors on duty next morning referred her to another hospital owing to the severity of her health.

Later too, the hospital authorities refused to provide an ambulance for his wife's body unless he paid a bribe of Rs. 800.

In a helpless situation with no money in hand, Mahesh was forced to carry the body on a stretcher.