India   All India  21 May 2017  Odisha’s initiative to give free education to tribal girls
India, All India

Odisha’s initiative to give free education to tribal girls

Many states are lagging on policies to increase the availability of educational institutions. 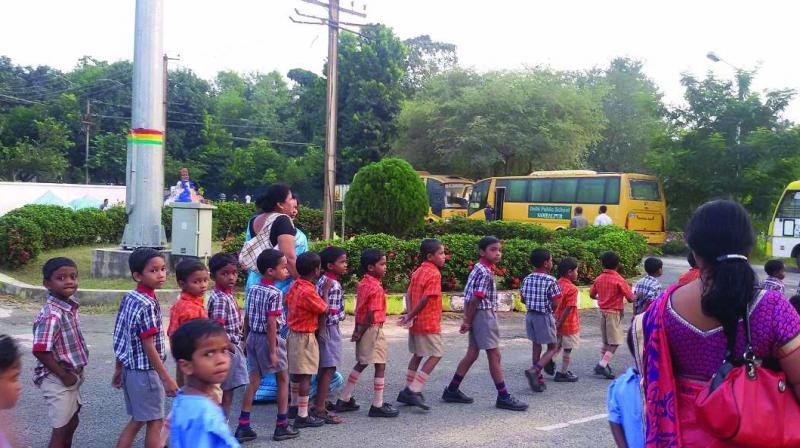 Bhubaneswar: Anwesha, the Odisha government’s initiative towards providing education to tribal students free of cost, has received a very warm welcome on social and political arenas. After the news of nine Dongria Kondh tribal girls passing matriculation examinations this year went viral on social media platforms; the scheme has many takers in the state, especially the girls.

The success of Anwesha has got much importance for the fact that even after 60 years of independence, the percentage of literacy among Odisha’s scheduled tribe (ST) and scheduled caste (SC) stands at 52.24 per cent and 69.02 per cent, respectively, as against the general literacy level of 72.87 per cent as per 2011 census. According to experts, in India many states are lagging on policies that seek to increase the availability of educational institutions while also encouraging enrolment and regular attendance. When it comes to female literacy rate, the gap is too wide.

“One of the prime reasons contributing to the low literacy rate in Odisha is that schools are not able to penetrate and reach out to the core rural areas due to logistics and other reasons. Very few state governments have made sincere efforts to improve the state literacy rate and make education on their agenda a priority’ says Dr Mahesh Gupta, former president of PHD Chamber of Commerce and Industry, New Delhi

As per the latest 2011 census, Odisha is ranked third in terms of ST population and eleventh in terms of SC population in the country. ST (STs 22.85 per cent) and SC (17.13 per cent) together constitute nearly 40 per cent of the state’s total population.

One of the appreciated steps of the Odisha government is setting of special type of ‘Residential Educational Institutions’ for educational development with the launch of ‘Anwesha’ scheme in 2015-16. Under the scheme, 50 thousand tribal students are targeted to be educated in the first phase in public school formats. Till date, 8,200 tribal children have been given admission in 135 private schools through this scheme, and at least 250 tribal hostels have been initiated last year. This includes a mega tribal education complex with a capacity of 3000 students in Behrampur city in south Odisha. Each student will get Rs 25, 000 for school fees that does not include hostel expenditure. Every year , 5000 students will be allowed to enroll for the class 1.

“Anwesha is a step towards fulfillment of hopes and aspirations of the parents of ST and SC communities to get their children educated in public schools in urban areas. The success of the scheme could be one of the contributing factors to this down trend in Maoist activities in Odisha during the last 3 to 4 years,” said a senior state government official. The programme is currently being implemented in 17 districts such as Angul, Bargarh, Bolangir, Deogarh, Ganjam, Gajapati Kalahandi, Kandhamal, Keonjhar, Koraput, Malkangiri, Mayurbanj, Nowrangpur, Nuapada, Rayagada, Sambalpur and Sundergarh.

As informed by ST and SC development secretary Surendra Kumar, the Anwesha scheme is being personally monitored by chief minister Naveen Patnaik on a regular basis.

“In fact, the chief minister recently directed the department officials to take a mid-term review and ensure that there is no hindrance to the smooth implementation of the scheme,” informed secretary Mr Kumar.

Benefits of Anwesha Scheme for SC/ST Students:
Free education: The scheme provides free education to the students of SC & ST categories
Free hostels: Under the scheme the government has constructed separate hostels for these students and they are provided free accommodation
Free counsellor: The scheme will assign a counsellor to help students with their studies, which will be again free of cost
Other expenses by government: The state government will bear all the expenses like uniforms, book and other stationary
Seats reserved for SC/ST: There will be 70 per cent seats for ST and 30 per cent` for SC reserved for the admission
Scholarship as well: With all these facilities, students in the school will also be eligible for other state funded scholarships