The address, telecast live in Hindi, is also broadcast in a translated version in English. 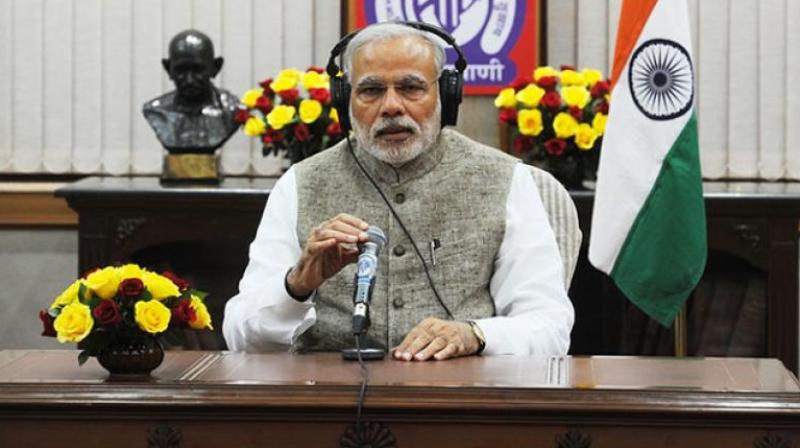 The address, telecast live in Hindi, is also broadcast in a translated version in English. Excerpts of the speech are aired in various other languages, including Russian, French, Urdu and Chinese.

"We reach out to listeners in 150 countries through our radio broadcast in Hindi and general overseas service (English)," AIR External Services Division Director Amlanjyoti Mazumdar said.

He said the 'huge Indian diaspora across the globe' have the 'right to connect to the prime minister of their parent country'.

The official said there was a 'huge response' to Modi's address every time it was broadcast, and they had received a number of messages, mostly from African countries where a large number of people of Gujarati-origin live.

Listeners also send in their responses from the Gulf countries, Australia, New Zealand and Canada, he said.

In one such message, a listener from New Zealand said it was 'enchanting' to hear Modi and asked when the prime minister would visit his country.

The official said that when the government's move to demonetise currency notes was being criticised by a section in India, the initiative was 'applauded' by listeners abroad as a step to combat corruption.

Mazumdar said one of the reasons for the huge response was that the prime minister had 'a large fan following'.

A tourism ministry official said tourist inflows had increased from the countries that Modi had visited in the last three years. He has made over 55 foreign visits since assuming charge in May 2014.

The prime minister has also emerged as the most followed world leader on the photo-sharing app Instagram with 6.9 million followers, ahead of US President Donald Trump.

The findings, published last month, were part of a global study, "World Leaders on Instagram", that analysed the activity of around 325 Instagram accounts of heads of state and government and foreign ministers over the last one year.

Mazumdar said people across the globe can also log on to the broadcaster's website to listen to Modi live.