India   All India  21 May 2017  Fresh representation made to President: Justice Karnan's lawyer
India, All India

The lawyers took the ground in the application that Justice Karnan will be unable to exercise any remedy if he is arrested. 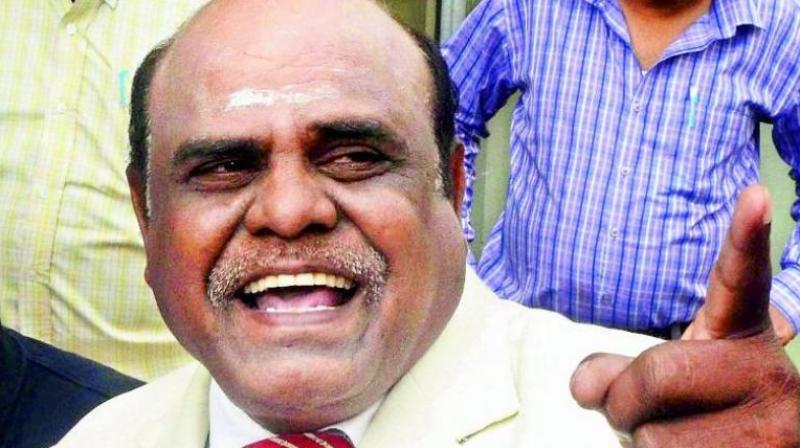 New Delhi: A fresh representation has been made to the President on behalf of Calcutta High Court judge CS Karnan seeking suspension of the Supreme Court order sentencing him to six-month imprisonment for contempt of court, a lawyer representing him has said.

Advocate Mathews J Nedumpara said that he, along with other counsel representing the high court judge and his son CS Sugan, met Ashok Mehta, the Secretary to the President, and handed over an application for suspension of the sentence under Article 72 of the Constitution.

He said they have sought personal audience for Justice Karnan with the President.

The lawyers took the ground in the application that Justice Karnan will be unable to exercise any remedy if he is arrested. The controversial judge has not been arrested yet.

"Therefore, an application seeking the President's intervention under Article 72 has been made," Nedumpara said.

Article 72 states that the President shall have the power to grant pardons, reprieves, respites or remissions of punishment or to suspend, remit or commute the sentence of any person convicted of any offence.

In the application it has been contended that the Supreme Court had acted without jurisdiction, the lawyer said.

On May 9, a seven-judge bench, headed by Chief Justice J S Khehar, had sentenced Justice Karnan to six months jail for contempt of court and ordered the West Bengal police to take him into custody forthwith.

The latest application has been filed after the apex court's registry refused to accept Justice Karnan's petition seeking recall of the May 9 judgement.