India   All India  21 May 2017  Bill to make Gita compulsory reading in schools may come up in Parliament
India, All India

The teachings of it will make the younger generation better citizens, a BJP member said. 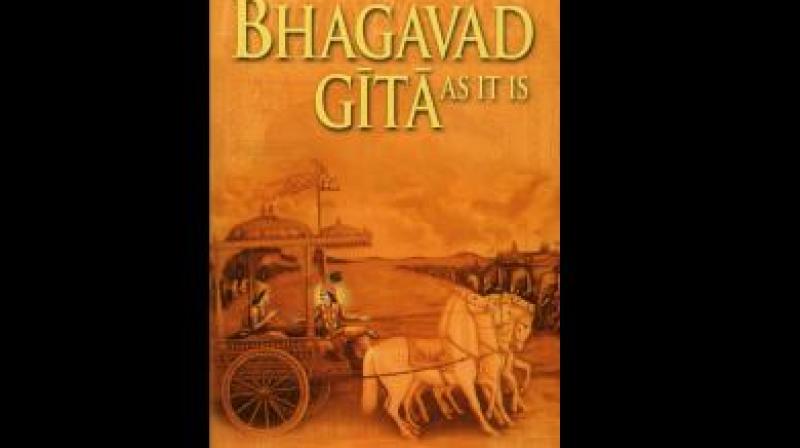 New Delhi: A private member's bill that seeks to make the Bhagavad Gita compulsory reading in schools and recommends de-recognising institutes that do not follow suit may come up for discussion in the next session of Parliament.

"The noble thoughts and teaching of the Bhagavad Gita will make the younger generation better citizens and enrich their personality," the bill moved by Bharatiya Janata Party Member of Parliament Ramesh Bidhuri said.

The bill, called the Compulsory Teaching Of Bhagavad Gita As a Moral Education Text Book In Educational Institutions Bill, 2016, stated every educational institution should ‘compulsorily’ teach the Gita as moral education, but said it did not apply to minority schools.

"The government should de-recognise schools that do not comply with the provisions of this legislation," it added.

Bidhuri said in the bill, introduced in Lok Sabha in March, that it was time ‘sincere efforts’ were made to spread the teachings of the Gita.

"It is highly deplorable that such literature containing infinite teachings for all age groups is neglected by our educational institutions," Bidhuri said.

The book contains teachings that range from thoughts on spiritual awakening to lessons on leadership and management, the MP said.

"Many great thinkers from our time such as Swami Vivekananda, Sri Aurobindo and Albert Einstein have all deliberated upon its timeless teachings," he said.

The government would need to make provisions of Rs 5,000 crore for implementing this legislation, and would also entail a non-recurring expenditure of about Rs 100 crore, he stated.

A Lok Sabha bulletin said, "The President, having been informed of the subject matter of the Bill recommends to the House the consideration of the Bill under clause (3) of article 117 of the Constitution."

The dates for the next session are still to be decided.