India   All India  21 May 2017  Amid NDA's silence, Opposition to intensify efforts for joint prez candidate
India, All India

The term of Pranab Mukherjee ends on July 24 and the election has to take place before that. 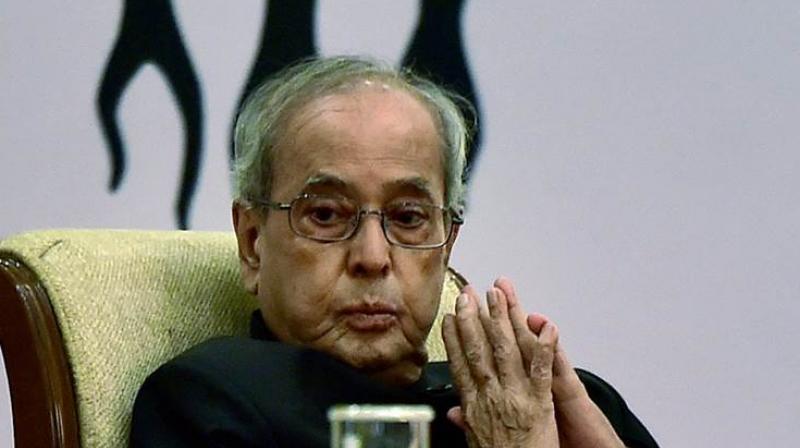 New Delhi: As the Centre's ruling NDA maintained silence over its nominee for the presidential poll, major opposition parties plan to intensify efforts for finalising a joint candidate for the top post for which they are likely to approach regional players.

Opposition sources said efforts are on to bring political rivals Samajwadi Party and Bahujan Samaj Party on the same page, while also trying to rope in Naveen Patnaik's BJD in Odisha.

Senior opposition leaders at the forefront of the move to field a joint candidate against the NDA nominee are likely to meet SP chief Akhilesh Yadav, BSP supreme Mayawati and Patnaik over the next few days.

They could also approach the BJP's ally Shiv Sena. The two oldest saffron partners have been locked in rancorous disputes despite being coalition partners in governments at the Centre and in Maharashtra.

The talk of a consensus candidate gained momentum after Bihar Chief Minister Nitish Kumar spoke in favour of a second term for incumbent Pranab Mukherjee and prodded the NDA government to build a consensus around him.

The Congress, to which Mukherjee belonged before becoming the President, has so far been non-committal on a second term for him. "It is up to the government to bring about a consensus among all on a candidate it proposes," a senior Congress leader said, and maintained the Modi dispensation was unlikely to support Mukherjee for a second term.

Despite BJP's emphatic victories in Uttar Pradesh and Uttarakhand, the NDA is still short of 20,000 electoral college votes to have the candidate of its choice occupy the top constitutional position.

The KCR Congress and the ruling TRS of Telangana have already promised to back the NDA nominee in the election. Opposition sources said its candidate for the top post could be a non-Congressman. The names of former West Bengal governor, the euridite Gopal Krishna Gandhi, former Lok Sabha speaker Meira Kumar and JD(U) veteran Sharad Yadav are doing the rounds in political lobbies as possible opposition nominee.

The name of NCP chief Sharad Pawar has also been discussed by the opposition camp, but the astute Maharashtra politician has said he would not contest the poll.

The opposition, sources said, wanted to put up a candidate who has impeccable secular credentials, and who could ‘maintain secular supervision of the Indian Constitution’.

Sonia is likely to hold talks with some other leaders this week and among them could be BSP supremo Mayawati.

Sources in the Congress and some other parties said they wanted the opposition unity over the presidential election extended to the Lok Sabha election in 2019.

The Congress' communications department chief Randeep Surjewala said," All opposition parties including the Congress will work to build a consensus for a candidate with unquestionable record of dedication and commitment to the founding principles of Constitution, bereft of political colour or pressure from the ruling dispensation."

"We want that India should have a president who can guide the government when it goes astray on being drunk with the brute majority and remind them of 'raj dharma'," he told PTI. Senior JD(U) leader Sharad Yadav said the opposition should unite to put up a consensus candidate.

"We want secular supervision of Constitution. The President is the custodian of the Indian Constitution. We want a person whose secular credentials are impeccable," CPI(M) general secretary Sitaram Yechury said.

"The President should do a secular supervision of the Indian Constitution and not a communal supervision," he said. The term of Pranab Mukherjee ends on July 24 and the election has to take place before that.